Having made his mark in various facets of film making at a young age, our alumnus Ojaswee Sharma gave our current batch of Mass Communication students an enthralling session. He did his engineering and mass communication and has an MBA degree also. He lives in the Tricity now.

Ojaswee Sharma, a Chitkara University alumni from Himachal Pradesh, has always been a fitness enthusiast and this penchant of his led him to being featured in a short film called Body Building – The Indian Way, the twain meet.
The ten-minute short film proves as a motivation to many to keep fit. He also made the much appreciated ‘Kamley’ and was back with Gal Ban Gayi, in Punjabi, which is a short 5 minute film which talks about a deal and mutual agreement that happens between Kannu and Simmi who belong to a middle-class Punjabi Family.

Ojaswee answered the queries put to him by the students and made the session meaningful. He is our pride and we would like to extend our best wishes for whatever he takes up in future. 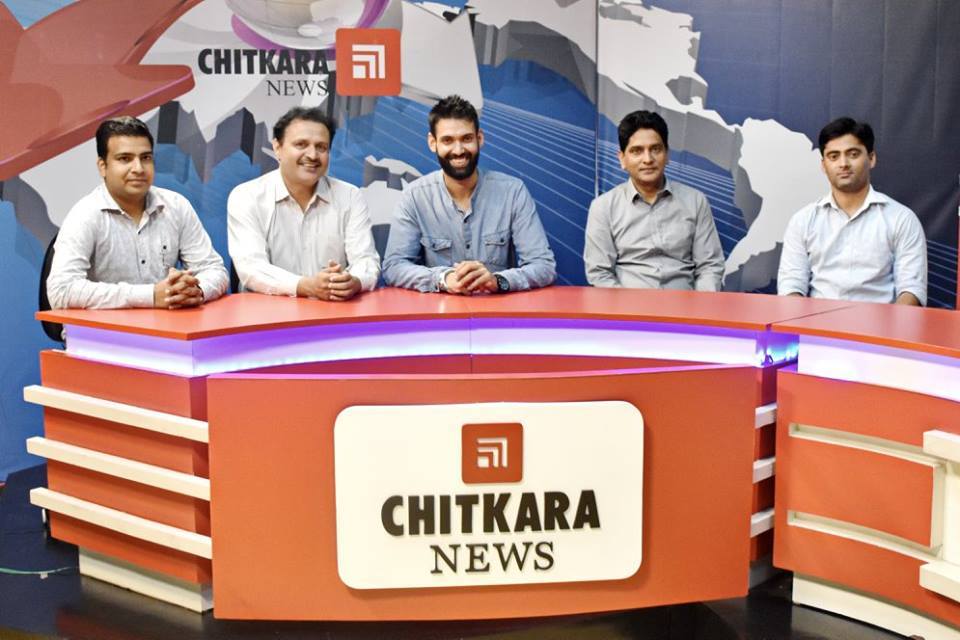