As an honour to the iron man who united our country several years back, the National Service Scheme, Chitkara University, Punjab, organised a pledge ceremony on October 31st, 2021. Several students and faculty members gathered outside Turing Block to take the pledge of preserving the unity and integrity of the nation. Brig. Dr. P.S. Siwach, Pro-Vice-Chancellor, Administration, Chitkara University, led this pledge. Dr. S.C Sharma, Registrar, along with Col. Rakesh Sharma, Director, University Affairs, and Harinder Pal Singh, Director, University Sports Board, were also present during the pledge ceremony.

Sardar Patel Jayanti marks the death anniversary of Vallabhbhai Jhaverbhai Patel, who played a key role in the Indian freedom movement and persuaded the princely states to accede to a newly independent India. Sardar Patel, also known as Vallabhbhai Jhaverbhai Patel, was a significant figure in the Indian freedom struggle who urged the princely states to join the newly independent India.

Sardar Patel got the moniker “Iron Man of India” for his role and devotion to national cohesion. He was a lawyer by profession who rose through the ranks to become India’s first Deputy Prime Minister. He was also the Republic of India’s founding father. The government designated his birthday, October 31, as Rashtriya Ekta Diwas in 2014 (National Unity Day).

Following the pledge ceremony, the University Sports Board, in collaboration with Chitkara University’s National Service Scheme, organised a football match on this occasion under the name “Azadi ka Amrit Mahotsav” to promote the spirit of Fit India! It was an intense match between the two teams and I witnessed the enthusiastic participation of the students. 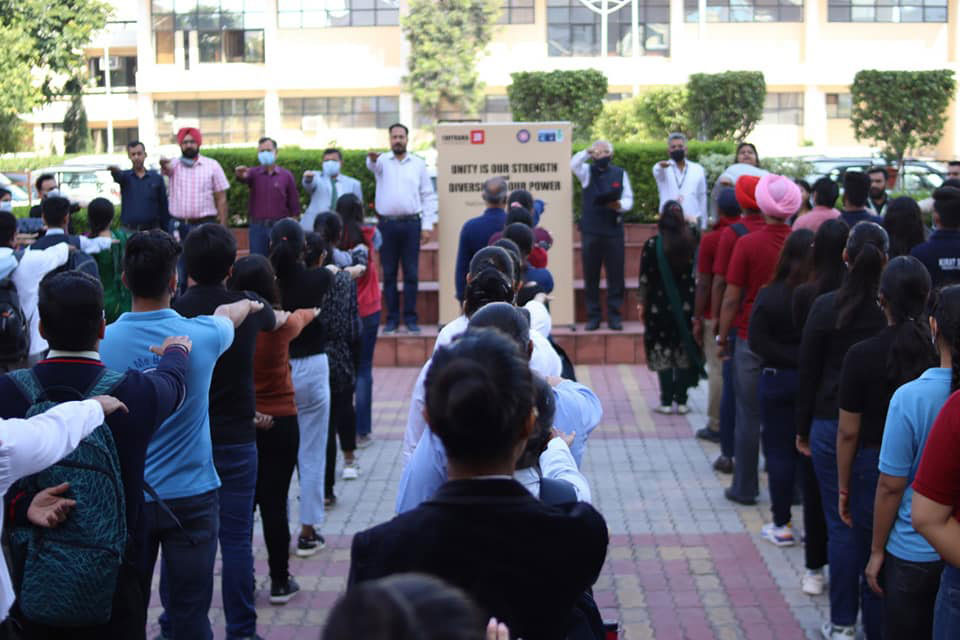