During the conference, the Union Minister informed, “The government is committed to develop the capacities of healthcare professionals especially nurses by establishing nursing schools in every large district or cluster of districts with about 20 to 30 lakh population, setting up centers of excellence for nursing in each state, improving the quality of nursing education, development of specialised nursing training courses, establishing cadres like nurse practitioners and public health nurses and rolling out Nurses Registration and Tracking System (NRTS).”

The conference aims at creating a platform for enabling networking of Institutes, learning from best practices in BRICS countries, creating avenues for Inter-professional collaborations and research in addition to deliberations on Nursing Education regulation practice in BRICS nations. Around 30 to 40 delegates from professional nursing associations from BRICS Countries i.e. Brazil, Russia, China and South Africa were part of Second BRICS Nurses forum along with 150 nursing professionals from India. 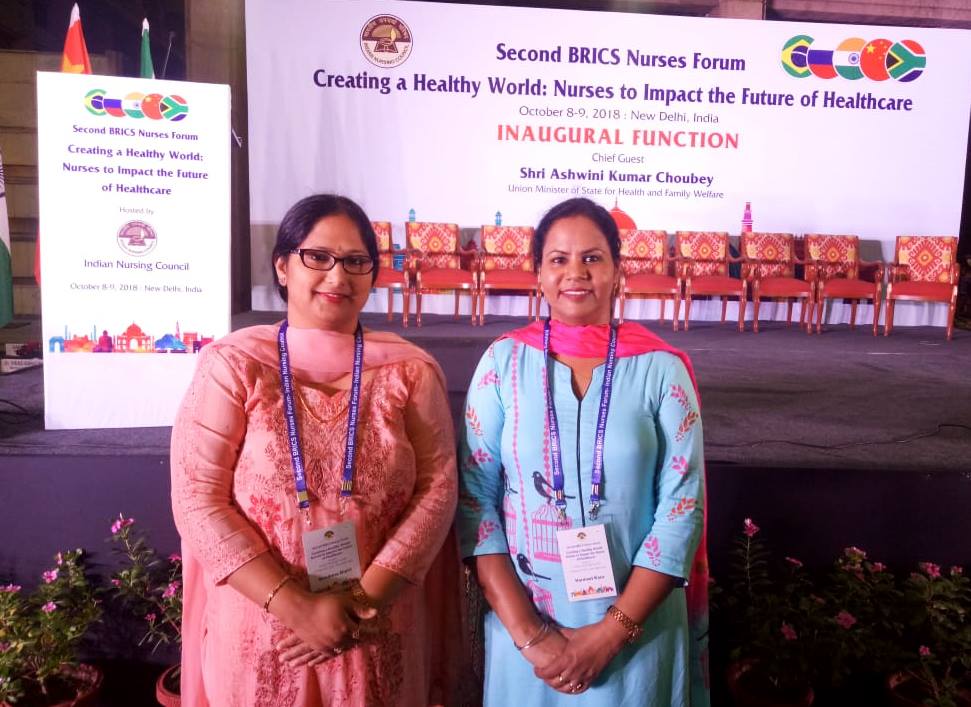 Chitkara University thanks its long-term employees at “Samman Samaroh”

CURIN makes a mark in the international arena at the International Quantum Science and Technology Hackathon.