Chitkara University, the only University in Punjab region, makes it place in the QS World University Rankings: Asia 2021 edition

QS World University Rankings is an yearly publication which includes the university rankings by Quacquarelli Symonds (QS). Being the first and only complier of both regional and international universities rankings, it has received International Ranking Expert Group (IREG) approval.

Recently, Chitkara University also became the member of The United Nations Academic Impact(UNAI). Also, numerous rankings were bagged by the university in the previous few months by many prestigious publications. 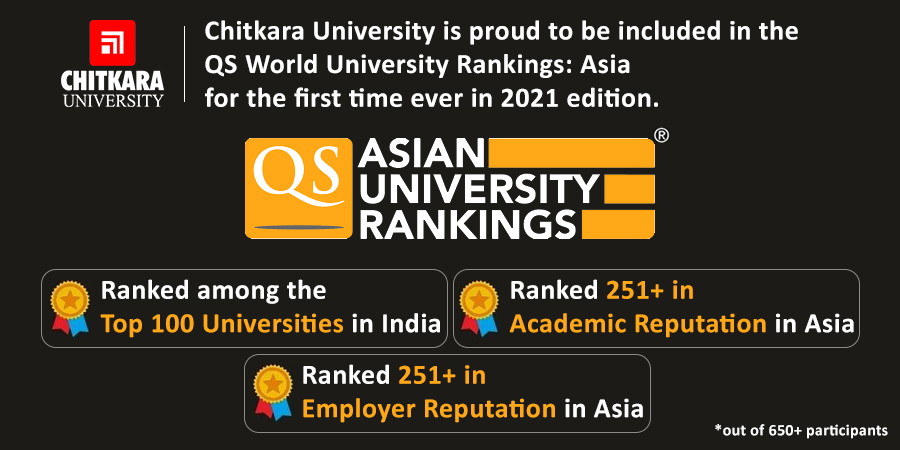