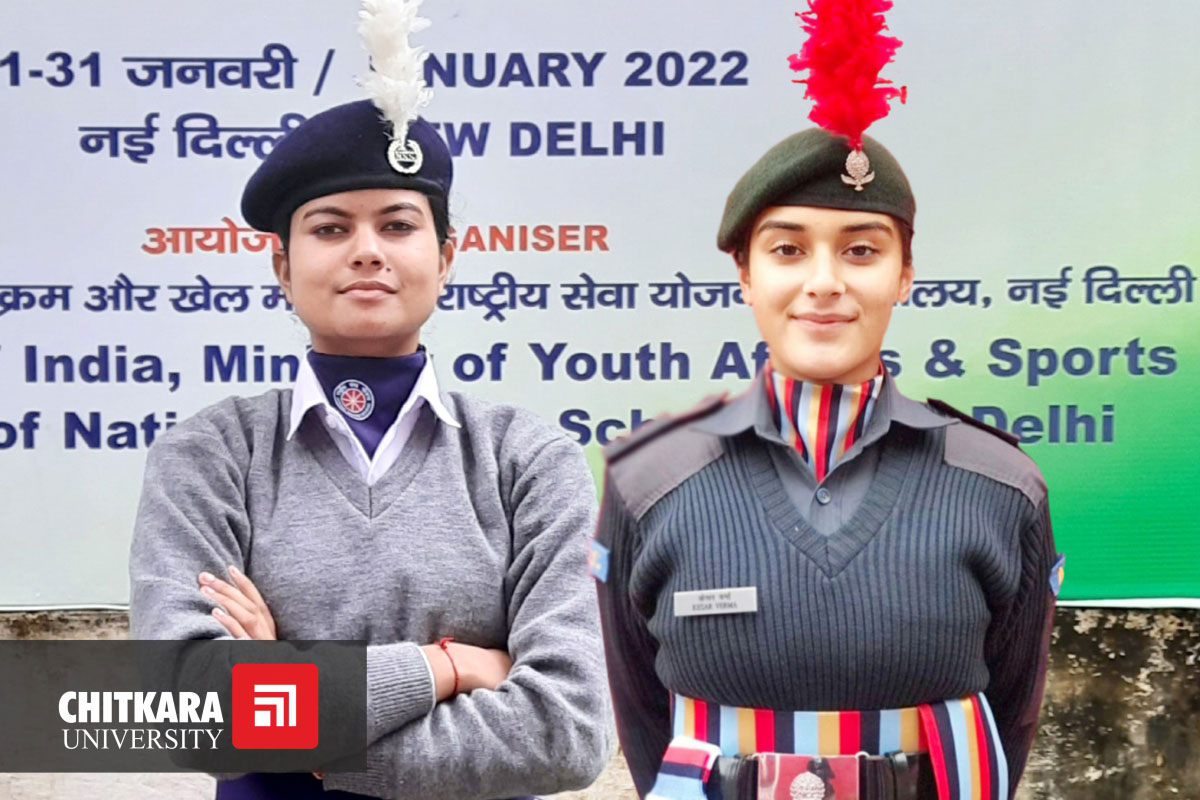 It was a matter of pride for Chitkara University when two of its students, Kesar Verma and Deepali Maurya, marched in the Republic Day parade in New Delhi.

Deepali Maurya is an NSS volunteer, currently in the second year pursuing Computer Science Engineering from Chitkara University, Himachal Pradesh. She was a part of the only civilian contingent to march on Rajpath during the Republic Day Parade, along with the Defence Battalions.

“We went through rigorous and tough training,” said Kesar Verma. “It is full of excitement and fun, though there is a lot of pressure and hard work while training.”

“I have been working as a social activist for a long time, teaching the less fortunate students in the evenings. But it was NSS that gave me a clearer picture and paved the way for me to be a part of the Republic Day parade on Rajpath,” she added.

Talking about the training, Deepali Maurya said, “Not only the NSS, but the NCC unit also trained us for the parade. They taught us to be strong and be at the top.”

“Chitkara gave me the opportunity to explore my potential and I am grateful that I got the chance to represent my university at Rajpath,” she added.

Lauding their achievement, Dr. Madhu Chitkara, Pro-Chancellor, Chitkara University, congratulated the duo and said, “Merely watching the Republic Day celebration on the TV always gave us joy and now, when we watched our students marching on the Rajpath, it made us all immensely proud.”