Chitkara University organised a talk session with Ms. Poornima Seetharaman, Director – Design, Zynga on May 7th, 2021. The session was moderated by Prof. Sanjay Jangid, Dean – Animation Design, Chitkara Design School. Ms. Seetharaman is a renowned Game designer and WIG Hall of Fame Inductee. It was a very insightful and interactive session. The students learned a lot through the game mechanics presentation. She also discussed the practical aspects and several vital elements of game design. Besides the core topic of Game mechanics, Ms. Poornima emphasized on the importance of networking, making a strong portfolio and personal branding as an upcoming Gaming Industry professional.

Ms. Seetharaman has been an active part of the Indian as well as the global gaming industry since the year 2006. With over 15 years of experience, she has worked with big names like Indiagames (Disney India) [where she worked on Bioshock Mobile], Jumpstart (NetDragon), GSN Games, Square Enix, and others. She is currently part of the Zynga family as their Lead Game Design and is also the Women in Games Ambassador at WIGJ and in the process of setting up a Womxn in Games community for India. She has worked across a variety of genres including casual gaming, free-to-play games, first-person shooters, role-playing games, massively multiplayer online games, virtual casino games, and augmented reality games. She has curated, judged, and spoken at TEDx, Pocket Gamer Connects, and other design festivals and conferences. She is also a mentor for Google India’s Indie Game Accelerator. 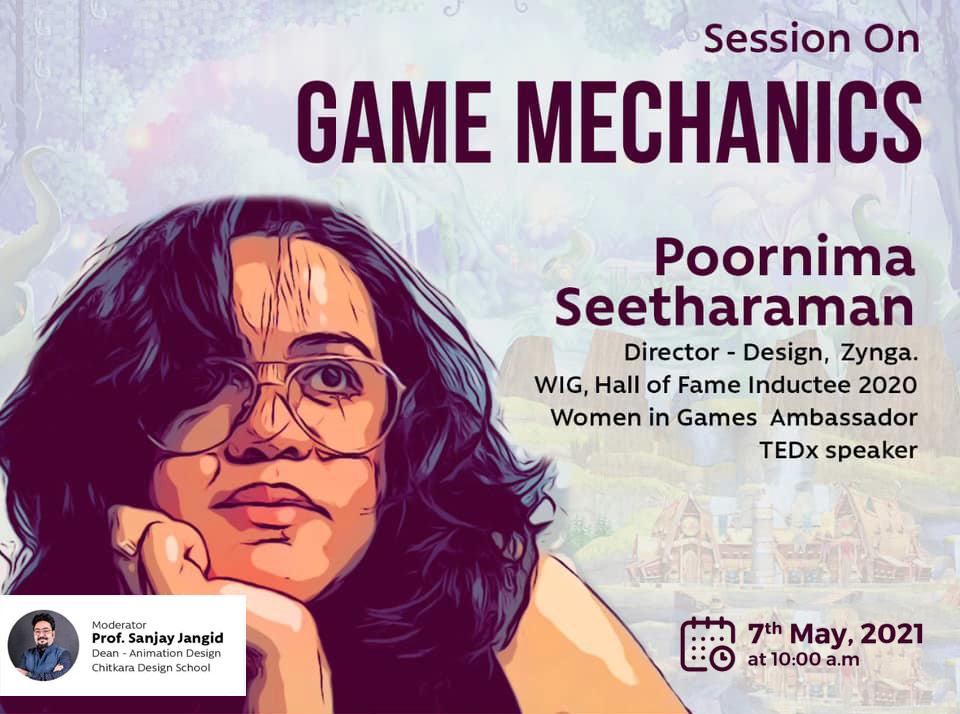