Chitkara University Institute of Engineering and Technology has once again been ranked highly in several categories in CSR-GHRDC Engineering Colleges Survey 2018. The rankings published in the July 2018 issue of ‘Competition Success Review Magazine’ rate us among the best in the following categories:

Competition Success Review is an immensely popular magazine meant for students preparing for competitive examinations in different areas. It covers everything that is asked in different examinations held for selection of candidates for jobs throughout India and rankings are an important part of the education scenario.

The future of any country rests on the shoulders of the leaders produced by educational institutes. The responsibility of starting and maintaining institutes of such repute lies on the shoulders of great educationists. Universities like Chitkara University produces graduates who are capable enough to accelerate sustainable economic development in creative ways.

Kudos to all everyone who has made this possible! 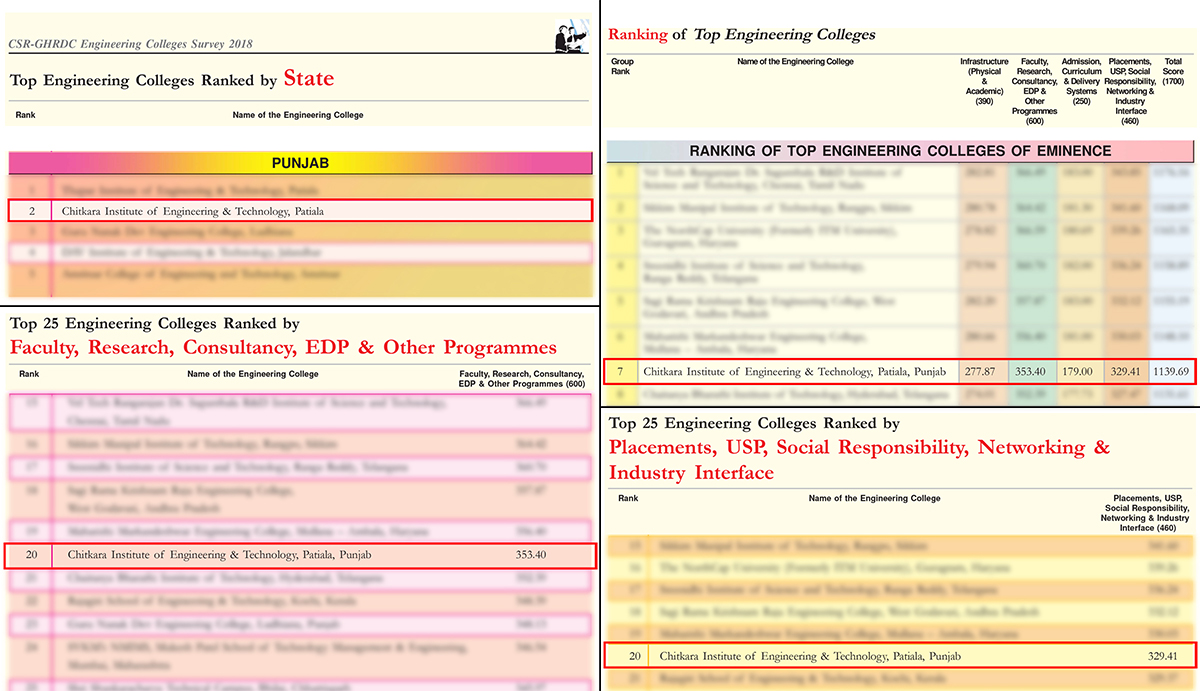