Chairman and Managing Director of AP Eastern Power Distribution Company Limited H.Y.Dora was the chief guest at the valedictory function.

The team comprised of Arjun Ghosh (BCA), Rohit Bhanja (BCA) and Abhimanyu Gulati (MAJMC). Harinder Pal Singh was the team’s manager. Chitkara University defeated SRM Chennai in the quarter-finals and reached the semi-finals to beat Punjabi University, Patiala. In the thrilling finals, Chitkara University beat the University of Mumbai by 3-2 in a five-set battle to won the championship title of the All India Inter Zone Inter-University Table Tennis Tournament 2018-19.

They were awarded with the overall championship trophy along with Gold Medals. The victory was momentous one as it was the first time that Chitkara University’s table tennis team won Gold at the National Level. The team’s coach, Varinder Kumar Gulati, said, “Thanks to the hard work of our students, Chitkara University has managed to create history by clinching Gold at the National Level Competition. We feel great pride in our victory.”

Upon their return, the team was hailed and congratulated by Chitkara University Vice Chancellor Dr Madhu Chitkara. 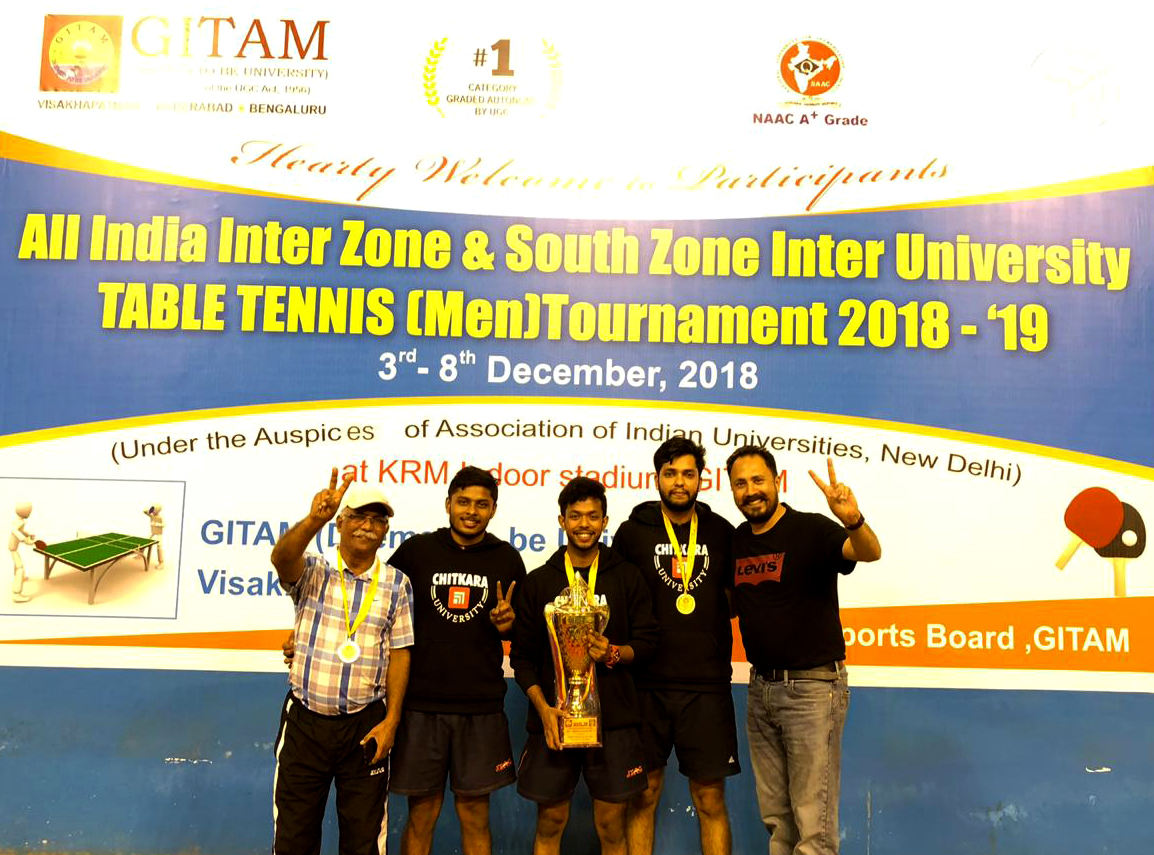