Chitkara School of Hospitality participate in Military Literature Festival 2018, get inspired from literary to personal

It was an honour for Chitkara School of Hospitality, Chitkara University, to be a part of “India’s First Military Literature Festival 2018” held at The Lake Club, Chandigarh, from December 7-9, 2018, to honour and commemorate the bravery and sacrifices of our ancestors from the great land of Punjab. And hope that it would prove to be a powerful platform, especially for the younger generations, to know and learn about the country’s rich and glorious military legacy, and get inspired to become a part of the valiant Armed Forces.

Great Military Leaders, Thinkers, Authors, Writers, Poets, Artists, Journalists and War Correspondents from National and International shores set the stage for the most valuable dialogue and discussions. The three-day Military Literature Festival (MLF) 2018, was a joint initiative of military historian and Punjab Chief Minister Captain Amarinder Singh and Punjab Governor VP Singh Badnore. MLF 2018 aims to offer an opportunity for the younger generation to get acquainted with India’s glorious military heritage, while also bringing a host of cultural activities, food cuisines and competitions to the public. Besides, marshal dances, weapons display, medallion gallery, artists’ corner, cultural activities and exhibitions, food and cuisine, book fair, children’s Saragarhi Samvadh were among other activities to reverberate the minds of participants and visitors with tales of India’s soldiers during the three-day event.

The festival was also an opportunity to make the youth familiar with India’s Glorious Military Heritage while also bringing a host of cultural activities, food stalls and competitions for the public. Indian and Continental Food stalls were put up by the students of Chitkara School of Hospitality. As per the reviews received by the Guests, “The food was simply fabulous! Everybody raved about the fantastic cooking skills of Chitkara School of Hospitality’s budding Chefs.” 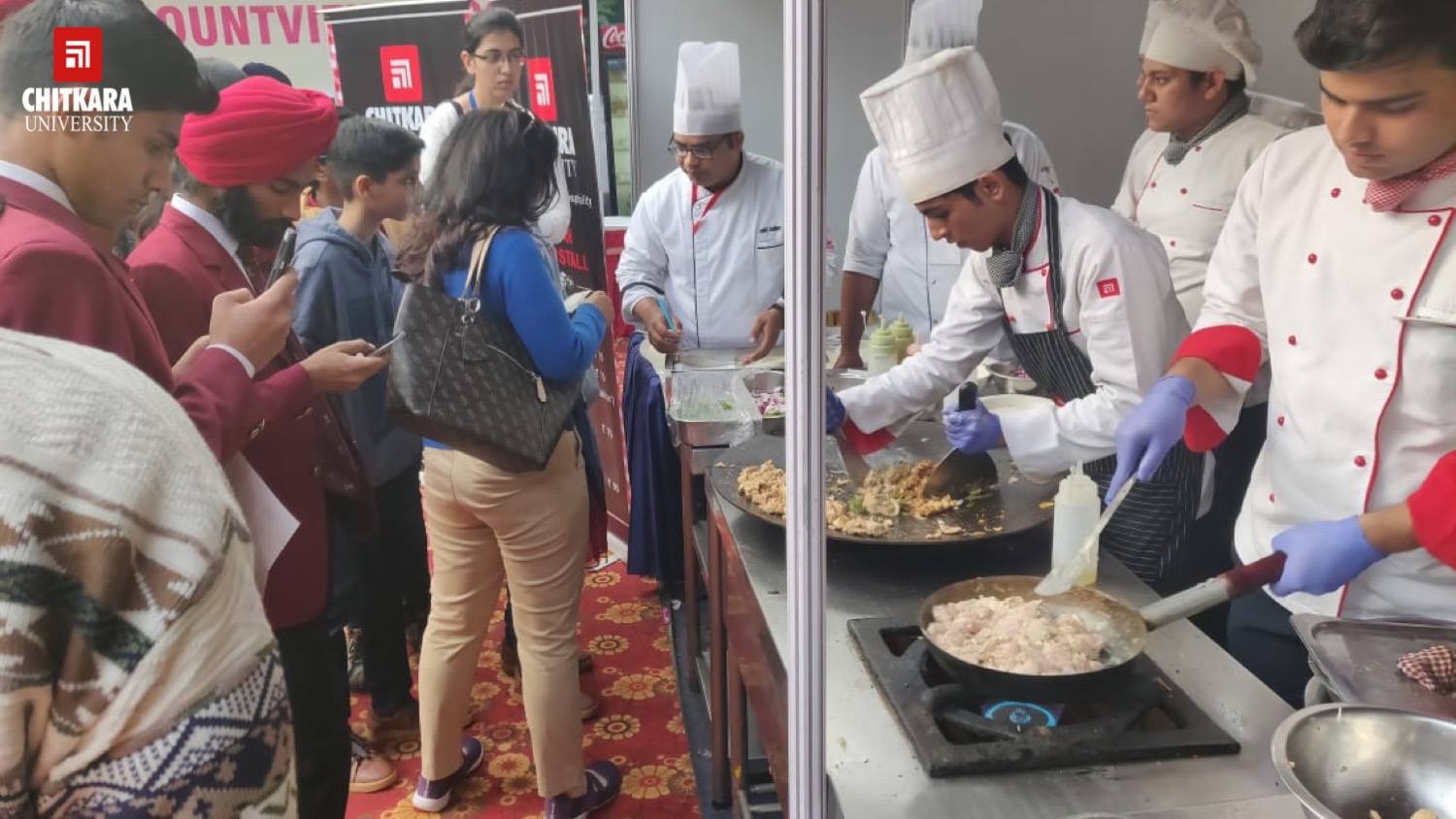