An interactive session for the Alpha teachers was organised by Chitkara College of Education on the occasion of ‘International Biodiversity Day on May 21st, 2021. Brig. P Siwach, Pro Vice Chancellor, Administration and Mr.H.Raza, Senior Horticulturist were the guest speakers for the session. Mr. Raza apprised the importance and meaning of the event as well as the biodiversity within our University campus. They also shared some valuable insights about the flora and fauna. It was a great learning experience and a reminder to conserve biodiversity. 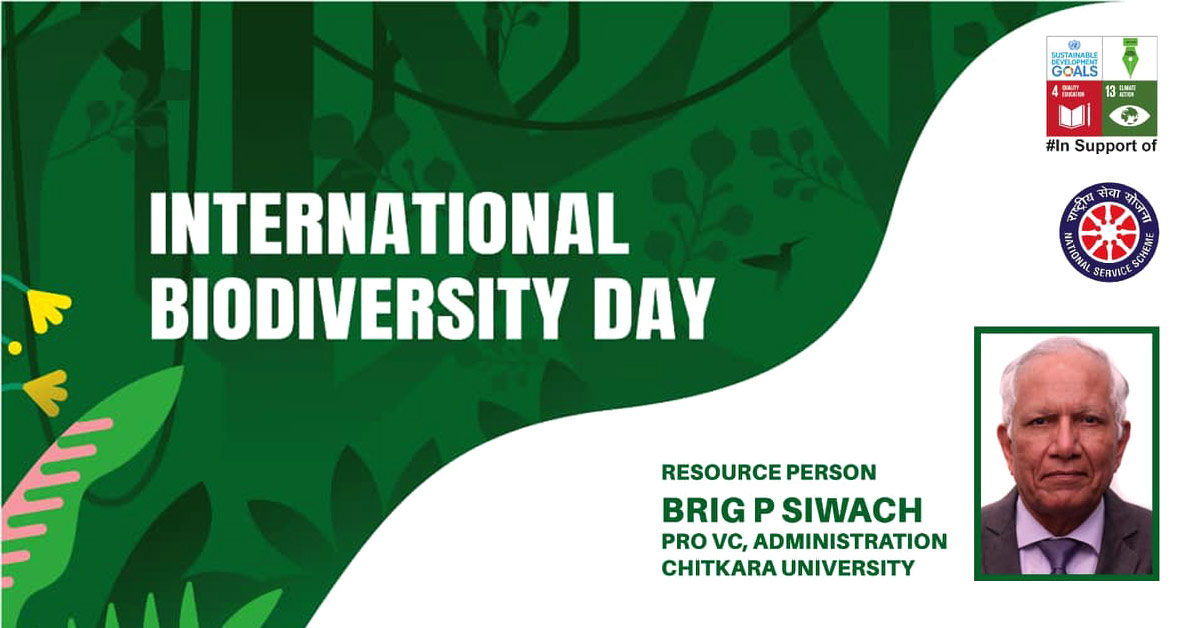