The Bhagavad Gita: Chitkara Fraternity gets the eternal message of spiritual wisdom

It was indeed an honour and great pleasure for Chitkara University to host Mr. Anirudh Tewari, IAS, Principal Secretary Finance, and New & Renewable Energy at Govt. of Punjab, for a Spiritual Talk on “The Bhagavad Gita” at the Punjab campus. He was welcomed by Dr. Ashok K Chitkara, Hon’ble Chancellor, Chitkara University.

The Bhagavad Gita is considered to be the epitome of all Vedic scriptures and the storehouse of spiritual knowledge. It is the conversation that took place between Lord Krishna and Arjuna over 5000 years ago and contains a treasure of spirituality, wisdom and inspiration.

Mr. Anirudh Tewari with his Spiritual Talk on ‘The Bhagavad Gita’ took Chitkara Fraternity on a different and realistic platitude. He shared that the Holy Gita is considered to be the greatest contributions of India to the World and although it was written hundreds of years back, it is still considered to be one of the most spiritually enlightening books in today’s modern world. Every generation and age type will find something useful in ‘The Bhagavad Gita’.

Further, during his talk, he added that ‘The Bhagavad Gita’s’ teachings are the ‘absolute word’ and we as readers are constant learners. In his much engaging & intriguing session, Mr Tiwari explained that in ‘The Bhagavad Gita’ some of the basic components of educational philosophy are present. He also spoke about the relevance of ‘The Bhagavad Gita’ and its teachings in a Teacher’s life and the scope of its impact on a student through his teacher. He urged that a teacher, incorporating and applying the teachings of ‘The Bhagavad Gita’ can transform a student into a better human – academically as well as ethically – in the same way as Lord Krishna was the absolute voice of the Universe for the great Warrior Arjuna. 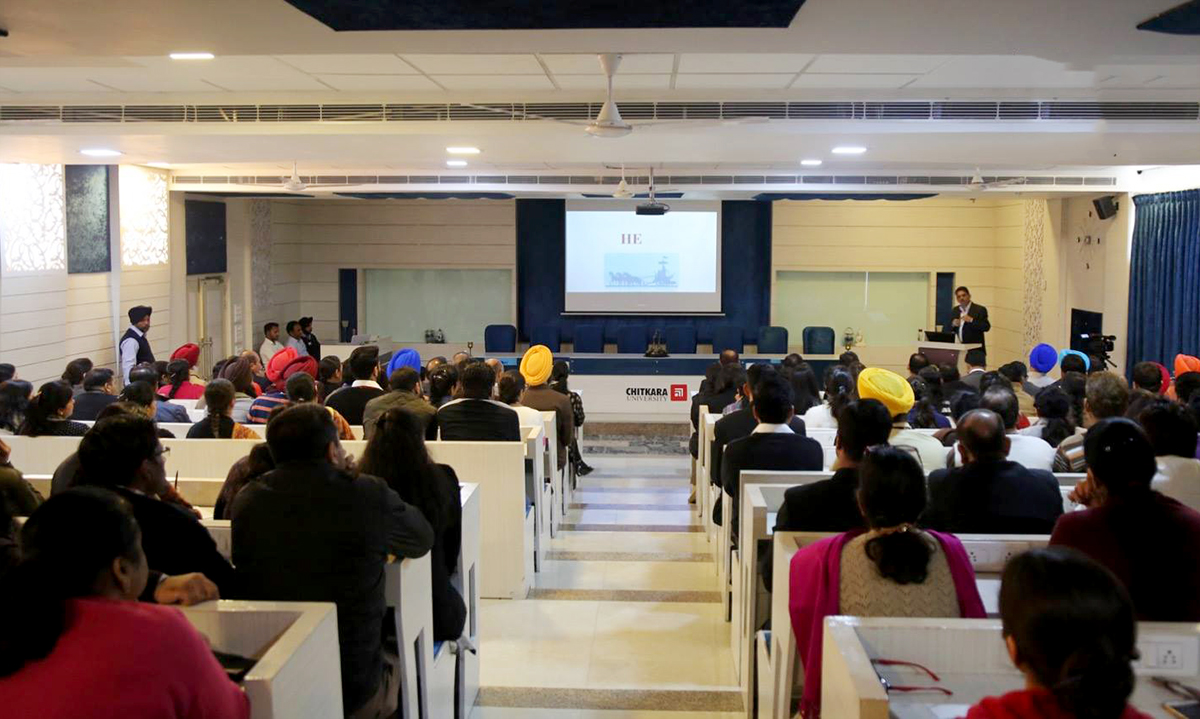