Author, Sports Columnist Joy Bhattacharjya speaks to Chitkara University Students on “What does it take to be a Champion”

Joy Bhattacharya renowned sports personality of India shared his pearls of wisdom in a virtual session with Chitkara University.

Sharing his vast treasure of knowledge in a session on which had a wide array of people joining in for the session he spoke on various facets on “What does it take to be a Champion”.

Answering a question that how are champions, made he said Champions start taking a shape in their schools and colleges itself when students have heroes within their schools who inspire them no end. We need to identify, celebrate and embrace our heroes in the early years only to substantiate the same he gave a very simple and effective example that how a student of class 4th raises his hand towards a student in class X and says, ” I want to be like him”. So children need heroes in their schools and colleges to inspire them to make it big.

On adopting the right way to teach sports in schools he said, 90% of Indian schools need to have a full-time sports teacher who can actually give his 100% to the students and unleash and channelize their spirits. He mentioned that we have not heard much of school leagues, we need to have school leagues in various sports, and the foundation of sports at the bottom of the Pyramid will come from a stronger foundation at the school level.

Joy quoted an example of Sachin Tendulkar in 2003 world cup, on how he handled and gave a perspective to the team in the dressing room on how to aim at achieving the big score of 350 plus against Australia, intelligence is the key in times of tough times, you need to analyse very well and not to surrender to pressure.

Sharing his take on less popularity of Hockey, he was of the opinion hockey not taking off to the level it could be is because of the fact that hockey is a great sport to watch on the ground, but not perceived as a great sport to watch on TV. To make it more engaging and popular we need to have bigger promotion and viewership on TV, he mentioned a few other sports which are great to watch both and on TV and on ground.

He said that growing hunger and urge to make it big and compete globally in India is the reason that more and more sporting stars are emerging from hinterland and slums.

Joy Bhattacharya exhorted students to explore a career in other sports too like Golf, Distance Running, Tennis etc.

He said that MS Dhoni is one of his favourites cricketing and sports-person, he further added we must seek inspiration from the champions who take both victories and defeat in stride with the same elan.

He also dwelled upon the importance of being a team player as this is a vital key to success. 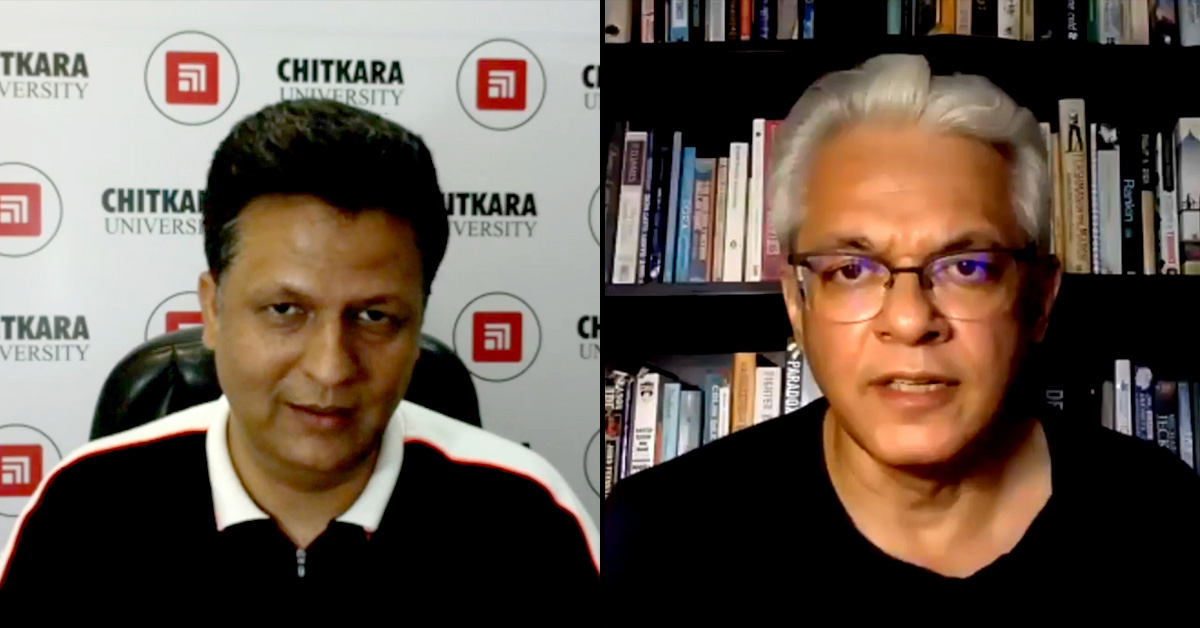