Sharing his vast treasure of knowledge, he delved into the relevance of back to basics unravelling the Maths of life in a 60-minute power-packed session of unlimited and pure wisdom. He put forward his views on the relevance of mythology in modern times, especially in areas of Teaching, Management, Governance and Leadership.

Highlighting a difference between ancient techniques of education and modern education he said like in ancient days a well-researched teacher was the one who would ask questions which would make students look for the answers making them more inquisitive, knowledge seekers and self-sufficient unlike today’s era of classroom lectures where student expects the teacher to know answers and making them dependent. He supports his argument with a relevant example of famous parable Vikram Aur Betaal where the king has to answer every question based on purely his knowledge.

Answering an ever-intriguing and most sought after ‘life after death question’ he says that nobody on the earth knows this though society is divided where Indian Subcontinent strongly believes in rebirth or living a million lives whereas western world goes by the tenet of you only live once.

Answering Question of Dr. Madhu Chitkara, Pro-chancellor, Chitkara University on the application of four basic elements of Maths i.e. Addition, Subtraction, Multiplication and Division in human life, he said to answer this question best he will base his answer on the element of division as society at large is divided into two views on life, one which says that you only live once so the sum total of your life whatever you perform, achieve, accomplishments of one life given to you and other very divergent views which springs from Indian philosophy is that there are many lives so whatever you have not been able to do in this life will happen in the next life or rebirth so life is infinite and ever going.

Summing up his discourse in an extremely relevant environment he drove him a relevant point that although he believes that lessons from the mythological era should be remembered, yet feels that every age has its own gurus and none of them can be termed relevant to the present day. However, we should see the principles of the past and apply them to the present times. 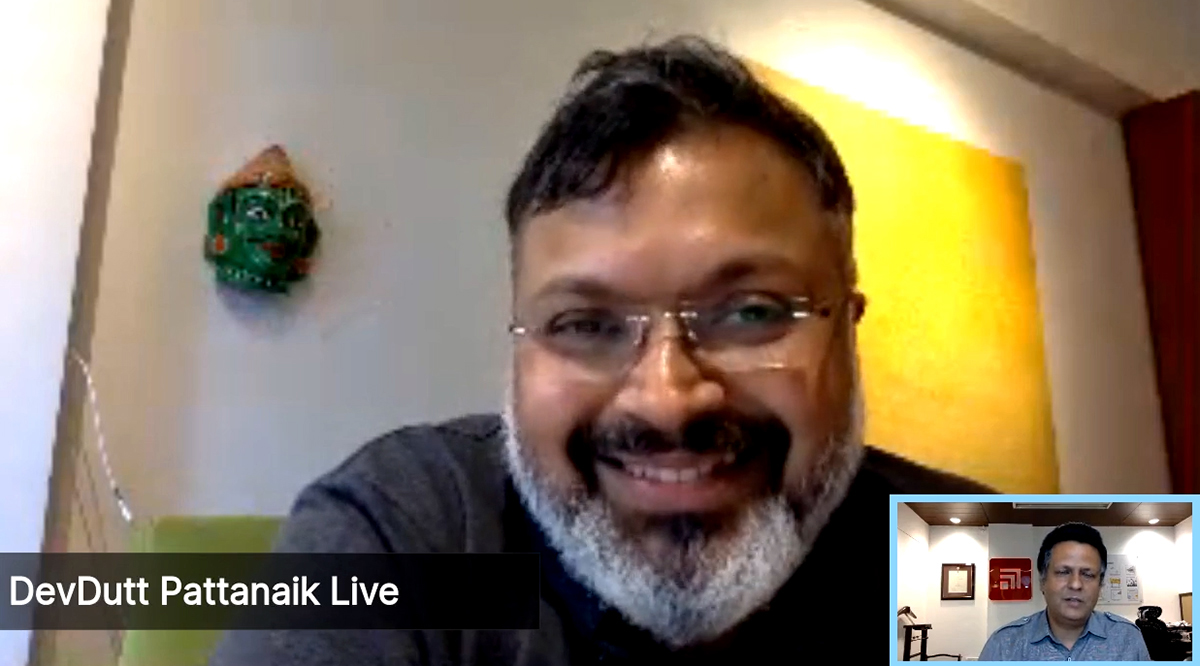