Coming from an artistic background, all three of them always wanted to start out something of their own. Initially, they had worked with some production houses but didn’t get the visible credits.
In conversation with Harshal, one among the founders of the corporate, he shared the foremost intention of starting this company. Initially, all of the three founders were interning with a production company but displeasing, didn’t get any recognition. After working with the corporate they grasped the systematic working of an animation enterprise and hence, mapped their own freelancing start-up.

3 Man Company, seeks itself to be placed as one of the leading and finest animation company not only within the Pollywood but also in Bollywood, within the coming years.

Recently, they had created a poster for an upcoming movie named ‘Hanak’, managed by a UK based Production house. ‘Hanak’, movie is predicated on the alleged shootout of gangster Vikas Dubey.

They have projects with a number of the leading production houses within the business .

In a conversation with one of their professors, Rajesh Chandran, said that when he first met Isaac, Harjot and Harshal they were the last few students of their batch yet to grab an internship. They had declined a few (very good) offers. Which, indeed, takes a lot courage in today’s time. Adding to it he shared, that it didn’t take him long to figure out that all 3 were pretty clear and sorted in their vision towards what they want to do in their lives, no just that, they are passionate about it too. According to him, to have that kind of conviction and clarity of thought at the age of 19 or 20 years is brilliant!
Lastly he remarked, that they are supremely gifted in their craft, and have their own creative minds to steer a project, which clearly mirrors their hunger for quality work.

In the end, he wished them the best of success , happiness and some creative differences (of course, it will make them grow) !

We wish them good luck for their future endeavours and tasks. 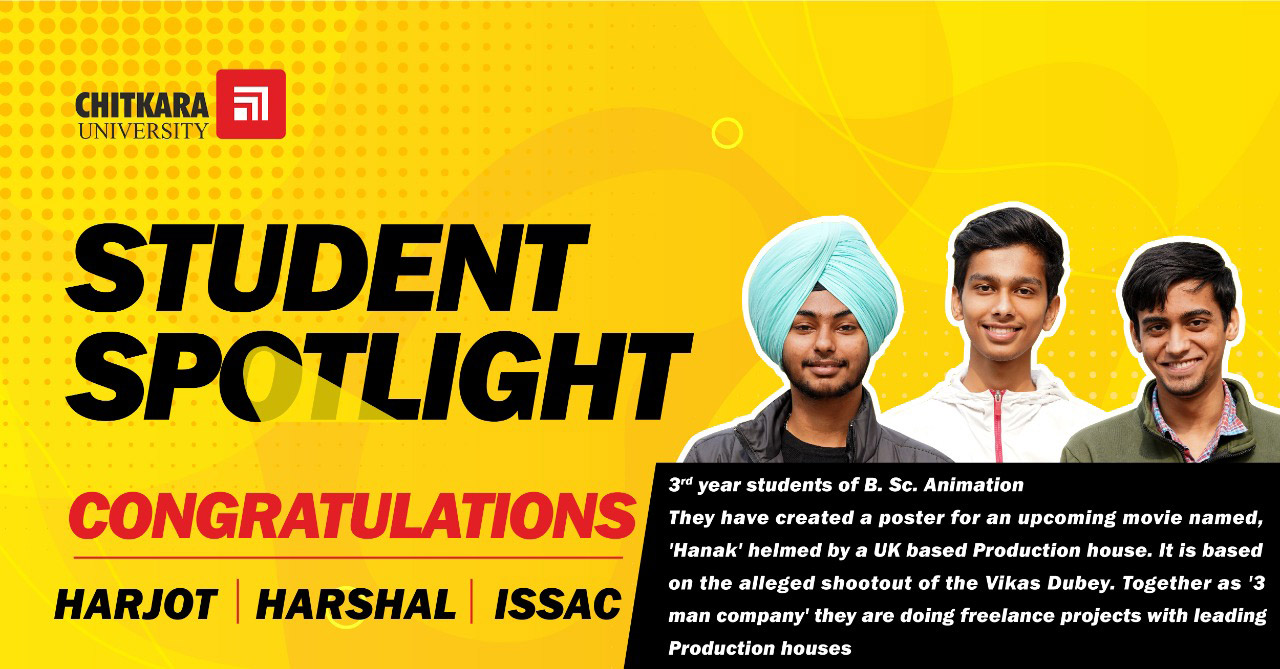