RANGREZZ – where we live and breathe theatre. An abode to artists and actors nationwide, it is the zenith of celebration, it is the epitome of theatre. Indeed, Rangrezz; the most awaited theatre fest of October, where the theatre is literally lived and breathed, witnessed the most profound teams of theatre from all over the country at Chitkara University, Rajpura. Rangrezz- The 2nd season of two days National Theatre Festival held on 6th-7thOctober, 2017, at Chitkara University Punjab.

Several teams were a part of the two competitions of the event ‘Street play’ and ‘Stage play’. And it was truly an epitome of theatre. The winners of both the competitions were awarded handsome cash prizes. The event was graced by noted and eminent personalities of theatre and other fields.

The event saw a total of over 42 teams from various theatre groups, universities and colleges. About 19 teams took part in a street play and 23 teams participated in a stage play.

In the Street Play category, first prize was taken by AAGHAZ from DAV College Sector 10 Chandigarh. The second prize was given to EK AWAAZ by Amity University, Gurgaon, and DRAMEBAAZ from Chandigarh College of Engg and Technology, Chandigarh, walked away with the third prize.

Rangrezz swayed to the tunes of DJ Nina Suerte, an international DJ and artist, at DJ Night on 6th October while another star night on 7th October where Ninja, a popular Punjabi singer, made everyone dance to Bhangra beats. Both the events were enjoyed thoroughly by one and all.

Rangrezz was graced by noted personalities like Dr. Madhu Chitkara, Dr. S.C. Sharma, Registrar, along with chief judges of the event, and other deans and directors of the University. In a nutshell, the festival at Chitkara held true to its adage, ‘Rangrezz, where we live and breathe theatre.’ 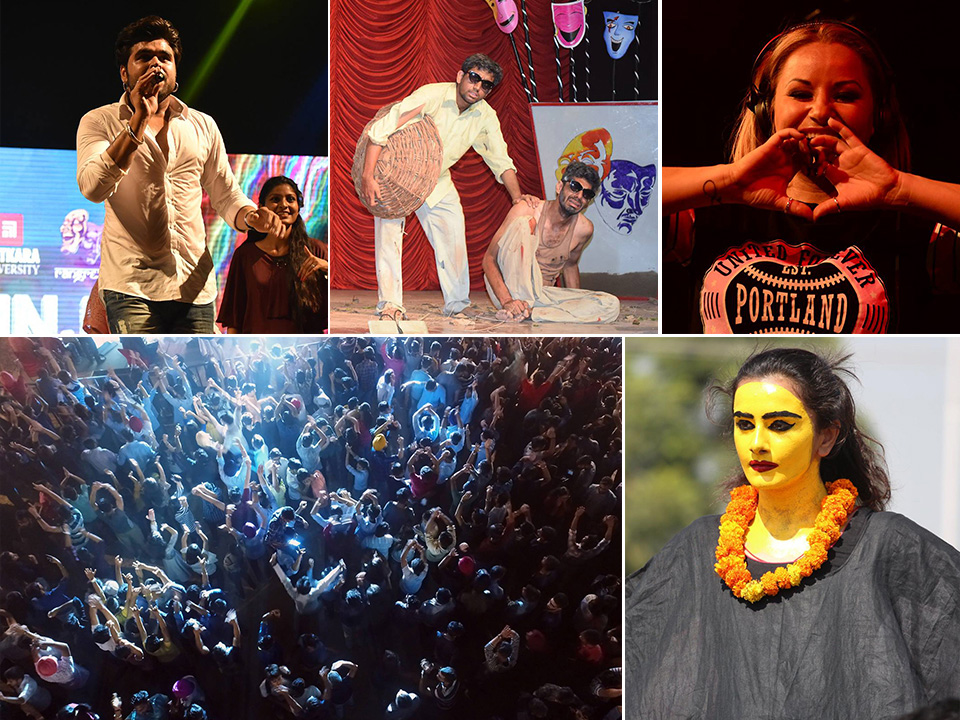