Dr. Dhiresh Kulshrestha, Dean, Department of Economics, Chitkara University, Punjab, has been elected as an Executive Member from Punjab of the Indian Economic Association (IEA). IEA is a registered body of Indian Economics Professionals, established in 1917, with the objective of providing a forum for debate and discussion of theoretical and policy-oriented issues of Economic Science. One member from each state with knowledge in the field of Economics is selected as a member of the renowned IEA family.

The journey of the Indian Economic Association began in 1917 through a conclave of teachers of economics held in Calcutta, convened by Prof. C.J. Hamilton. The period was just aftermath of First World War, and the British Raj of undivided India just recovered from the severe nationalist movement that ensued the Partition of Bengal Province in 1905 by Lord Curzon. The prevailing orthodoxy of discourses on economics in leading centres of learning across the

world was the Classical Political Economy, with neoclassical resurgence of Alfred Marshall and Arthur Pigou making visible impacts on economic theory and policy discussions. The world economy was in turmoil, and so was the condition of the Indian economy and society. The British government was not particularly interested in the economic development its colonies; the improvements in the living conditions of the people were not in the main agenda of the government. Communication was weak across the globe, and definitely within the Indian subcontinent, and therefore networking was difficult between regions as well as between persons.

The objects of the Indian Economic Association are academic, and include (a) the holding of Annual Conferences ; (b) the publication of the proceedings of the Annual Conferences ; (c) the publication of a Journal and its free issue to members ; (d) such other action to promote economic science and the dissemina-tion of economic information as may be deemed advis-able.”(Preamble/Prospectus of Indian Economic Association, IJE, December 1918). The stated objectives of the Association have been broadened over the years , by incorporating newer aspects into its ambit and framing the detailed Constitution of the Association in tune with the emerging needs and tendencies. Understandably, such an expansion of the domain of the activities pursued by the Association at present as compared to its initial past, connotes not only the framework of its operation, but also the various regulations that are in place to tackle emerging problems.

The Association has many achievements to its credit. It has been organizing regularly Annual Conferences in different parts of the country at which a large number of economists from different spheres of the Indian society assemble and exchange views on many current economic problems. It has organized many Workshops, Refresher Courses, International Round Tables and Regional Conferences; all of them have made significant contributions to the progress of economic science and the economics profession in the country. The Association has also been publishing regularly the Indian Economic Journal which has earned the highest reputation in the world of economic journals at large. The Journal has published articles of high standard not only from India authors, but also from renowned celebrities of the economics profession from the other parts of the world. 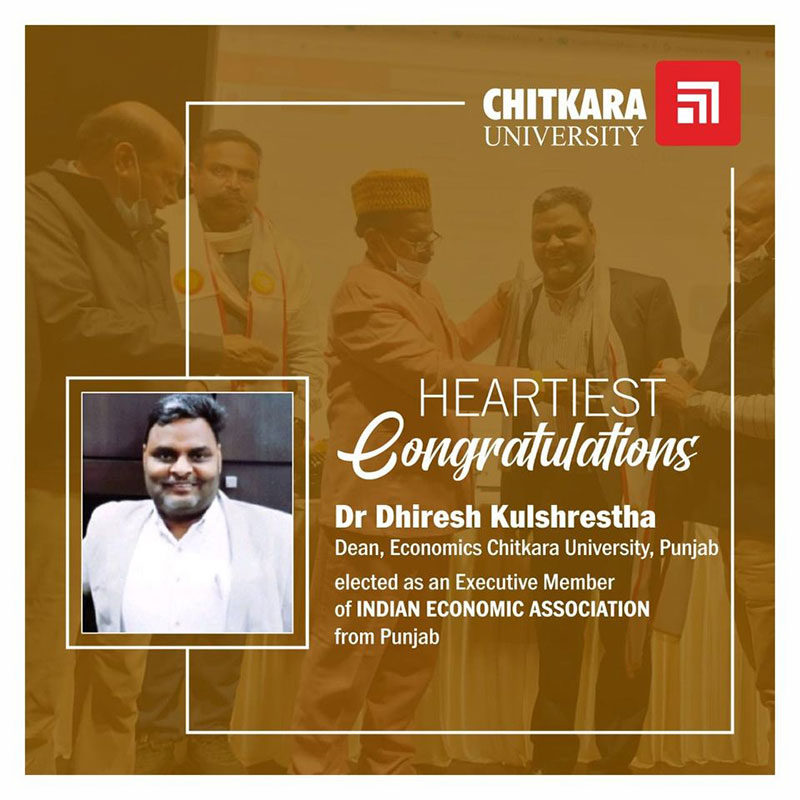