The curiosity and buzz around Blockchain are increasing exponentially. Not just enterprises, FinTech companies and governments, today even small businesses across industries are exploring the diverse ways in which they can leverage this technology. Keeping this in mind and in an attempt to get students “industry-ready”, Department of Computer Science & Engineering, Chitkara University, organised an Expert Session on ‘Introduction to Blockchain’ by inviting its very own Alumni, Vardaan Sharma (B.E. CSE, Batch 2013-17), who is the founder of IT Firm Appicodes, to talk to students.

The blockchain is a major Technological advancement in today’s era and is already changing the way we interact. From using it to introduce a system of smart contracts which can streamline business processes such as invoicing, paying salaries or bills, fulfillment of inventory, and other transactional activities; to improving the security and transparency in business deals where sensitive customer information is required, to providing secure cloud-like storage at economical rates, the scope for blockchain to revolutionise the way they do business is immense. In an attempt to bridge the gap between students and Blockchain, Vardaan spoke about Blockchain under Ucollege community. Students were given time to think of a scenario where they could apply the Blockchain concept, making it worthwhile. This was followed by a session where students were asked to pitch in their ideas and discuss possibilities. 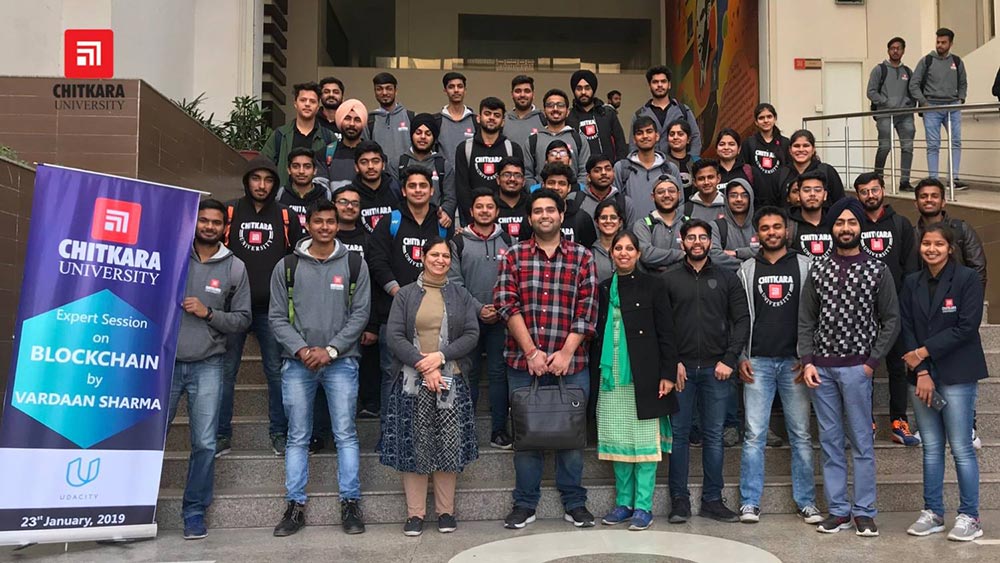