Sub Lieutenant Harleen Kaur, Chitkara University alumni of Computer Science Engineering, a batch of 2017 got commissioned in the Indian Navy on January 26th, 2021. She was also an NCC cadet at Chitkara University. She won the Best Cadet and Best Shooter award at the NCC Training Academy Rupnagar (Ropar) in August 2014. The NCC wing at Chitkara University has always participated enthusiastically in all the camps and events.

The annual NCC camps provide an excellent learning opportunity to all the cadets to imbibe the qualities of a good leader like ‎self-discipline, ‪‎motivation, social adaptability, cooperation, teamwork, turn out and how to live under tough conditions.

The NCC is one of our country’s premier young groups, and it has helped to foster national unity and trust among our youngsters. Its importance in instilling in them the ideals of good character, discipline, and hard work, as well as moulding them into enthusiastic and responsible citizens of the country, was generally recognised. The involvement of the National Cadet Corps in the development of nation-building and national incorporation has been praiseworthy and admirable of the nation’s complete encouragement and support.

In March 2021, Capt. Jasmine Kaur, Chitkara University alumni of BSc Health Science MIT, a batch of 2011 also got commissioned as an officer in the Indian Armed Forces. 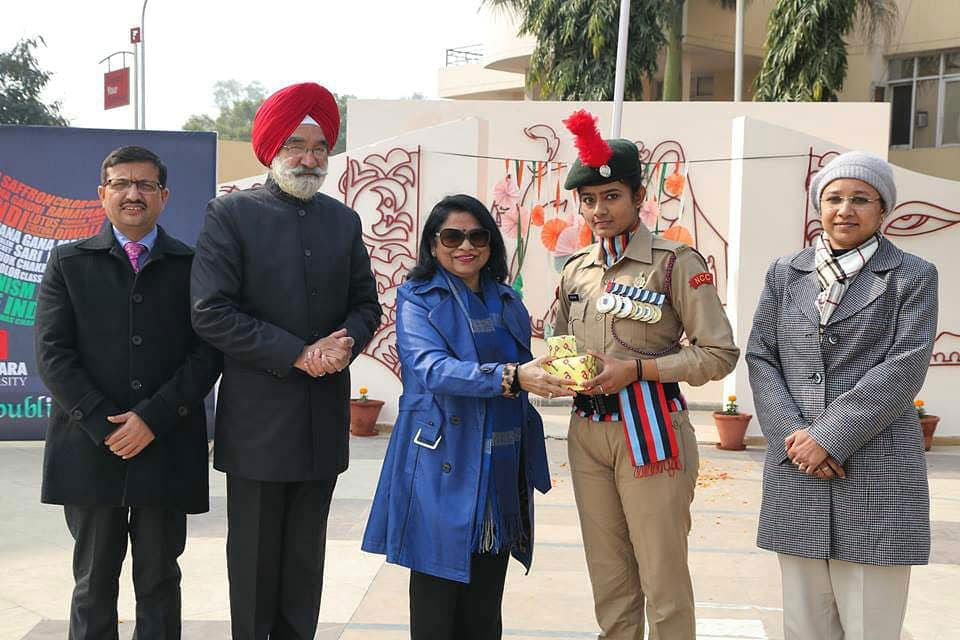