Known for prestigious tournaments that draw first-rate speakers from all across the country, Chitkara University Toastmasters International Club has been an essential forum for college students to develop their speaking abilities to an eminent level, and at the same time present their views to the world.

The MeToo movement had inspired a ‘tsunami’ of stories, from newspaper front pages to social media to private conversations between friends and relatives. Students put up a fiery and simmering debate, presenting their views. In the ‘Speakers For the Motion’ category, student Baaz Sekhon (CSE) was declared as the Best Speaker with first prize. Student Nincy Philip (CSPA) was placed second. In the ‘Speakers Against the Motion’ category, student Bhavna (CCE) was declared the Best Speaker and was placed first, followed by student Anshia (CSPA) in the second spot. Students Diksha and Anshia from Chitkara School Of Architecture bagged the Best Team title in the competition. 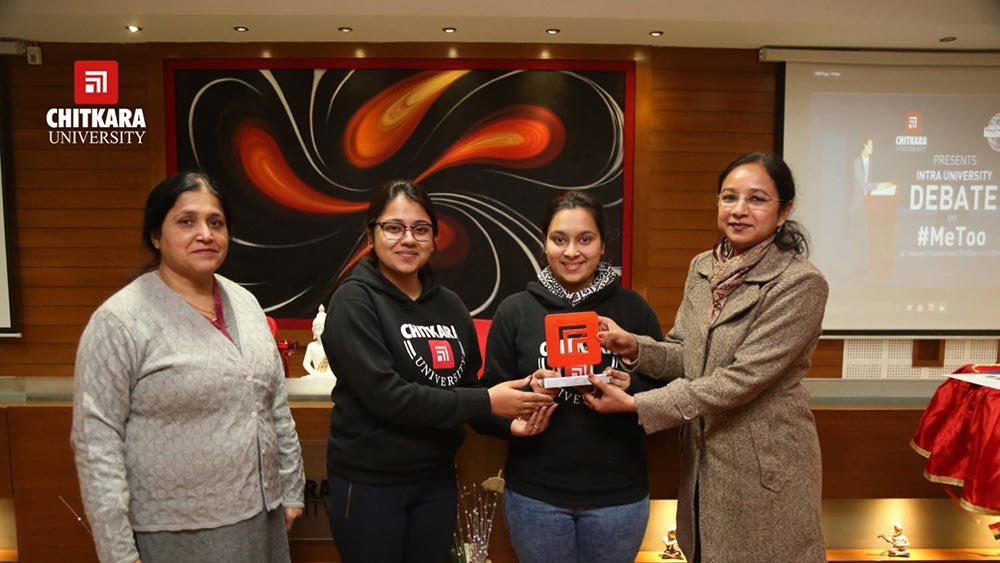