The students from College of Education celebrated International Mother Language Day in assorted and exciting flavors, weaving out various activities to portray the importance of Mother Language. They depicted a thought provoking play ‘My Language, My Pride – Meri Bhasha, Mera Maan’, in tune with Chitkara University’s Erasumus+ project – CLIL@India, to send home the message that if a child has a strong hold on his/her mother tongue, it is easier for them to learn a new language(s). While some students recited beautiful self-composed poems in Hindi, Punjabi, Urdu, Pahadi and English, to narrate the ‘agony’ of Mother Language; others brought out their creative side to paint ‘reflections’ of Mother Language on their canvas.

Chief Guest for the day, Mr. Louis Lopez, Principal St. Stephen’s School, Chandigarh, beautifully summed up the celebration by quoting, “India is a diverse nation and we should be proud of our language diversity. The regional languages collaboratively make a bouquet in which every colour depicts a different language. A child can easily comprehend a new language if Mother Language is used as a medium of teaching.”

Explaining the importance of Mother Language, Dr. Madhu Chitkara, Vice-Chancellor, Chitkara University, said, “If you talk to a person in a language he understands, it goes to his head. If you talk to him in ‘his’ Mother Language it goes to his heart. Such is the impact of Mother Language!” She added, “Recognising and appreciating the different languages and cultures in the community is a way for people to grow and change. Each one of us should pledge to celebrate and respect the linguistic and cultural diversity of our country. And we can only expect to do that through learning.”

Dr. Madhu Chitkara shared that Chitkara University is working with Erasumus+ project – CLIL@India. Content and Language Integrated Learning (CLIL) is an innovative pedagogical practice in the Indian Education System to preserve the nation’s multilingualism. Through the CLIL approach, Chitkara University and Erasumus+ are jointly trying to bring about a balance between English and the regional languages. CLIL is an innovative method that can supplement the 3-language policy in India. 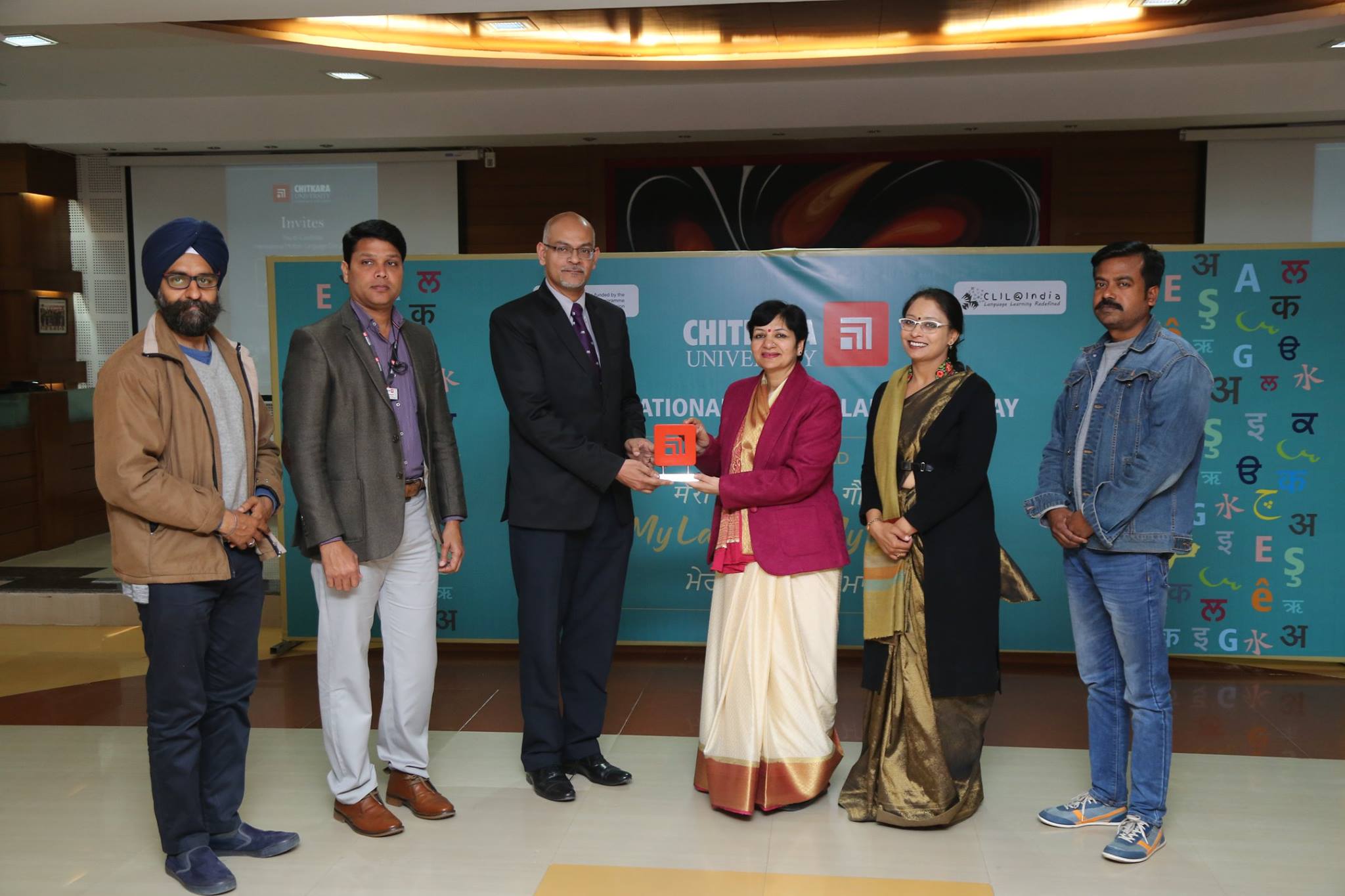