The Institution of Engineers (India), Students Chapter of Chitkara University, in association with the Department of Computer Science and Engineering, recently organised a Coding Competition – ‘Code Wars 2.0’ for all the First-Year coding enthusiasts and the coding platform was ‘Code Quotient.’ The competition was to be performed in a team of two.
The three-hour event commenced with an ardent participation of more than 160 teams competing with each other to accrue their knowledge and experience of Coding Languages Skills and Logic Making in a restive and stringent environment. All the teams reflected an eagerness and zeal to perform and work in unison to sharpen their partnership skills.

After communicating the instructions of the competition, the participants began with Round One consisting of 4 Coding Questions while Round Two had 3 questions to be performed in the time period of 150 minutes collectively. All the teams executed the coding problems with building their logic and by working in coordination with their team partners to solve the questions.

The event concluded with triumph among participants and the event was eminently proven a huge success by everyone. 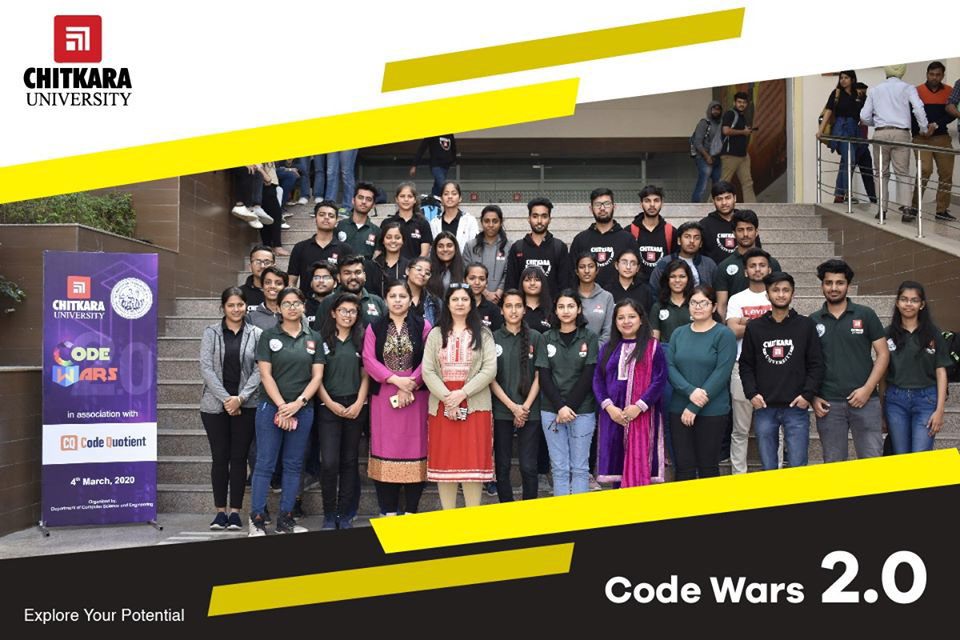