Chitkara University organised its third Annual Excellence Awards function on 27th Feb 2021. Every year, during the Awards ceremony, faculty members are recognised, incentivised and rewarded for excellence in initiatives related to research, innovation and entrepreneurship.

As many as 178 faculty members received cash incentives for high-quality publications. The University bagged extramural funding worth INR 12 Cr in the Calendar year 2020. All the faculty members responsible for winning these projects were applauded and rewarded.

They received citations for their extraordinary efforts. The University was able to file 292 patents in the said year and as many as 250 faculty members as innovators were rewarded and recognised.

Dr. Ashok K Chitkara, Chancellor and Dr. Madhu Chitkara, Pro-Chancellor, congratulated the winners and also those, who got published in quality journals and earned the publication incentives. They also applauded the efforts of the faculty members to put Chitkara University on the National Scene by being recognised in Band A institutions in the rank band of 6-25. 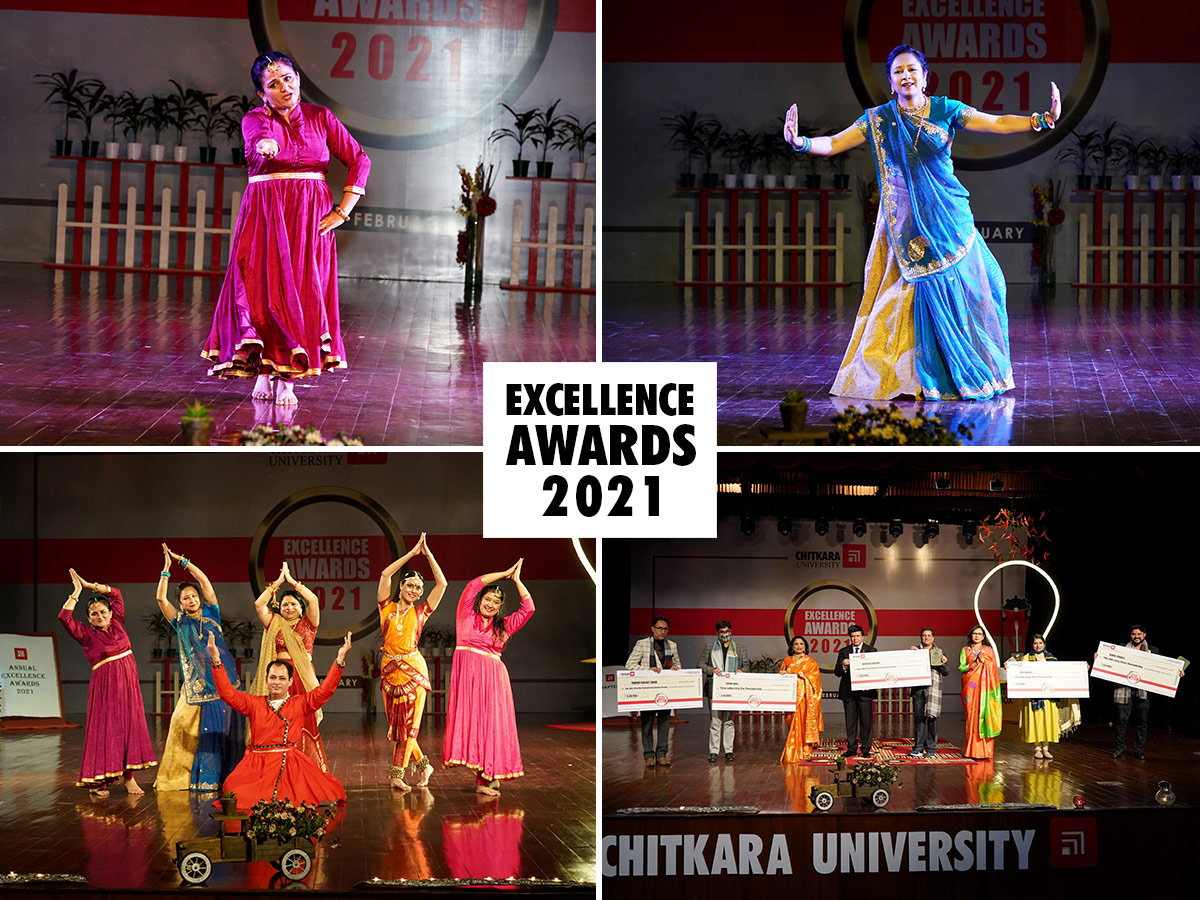