The event brought together students, academicians, industry experts and researchers to the first dissemination event as part of the ERASMUS + funded project (European Union) entitled “Risk Management and Prevention of Antibiotics Resistance: PREVENT IT”. The key aim of the event was to create awareness regarding the goals of the PREVENT IT Project as well as discuss the importance of “One Health” approach to fight ABR. Deliberations & discussions on ‘our contribution’ to combat this situation to help the society at large were also held.

The Dissemination Event, organised by Chitkara School of Health Sciences, was held to mark World Antibiotic Awareness Week, which is celebrated all over the globe from November 14-24, and aims to increase awareness of global antibiotic resistance and further encourage best practices among the general public, health workers and policymakers to avoid the further emergence and spread of antibiotic resistance. 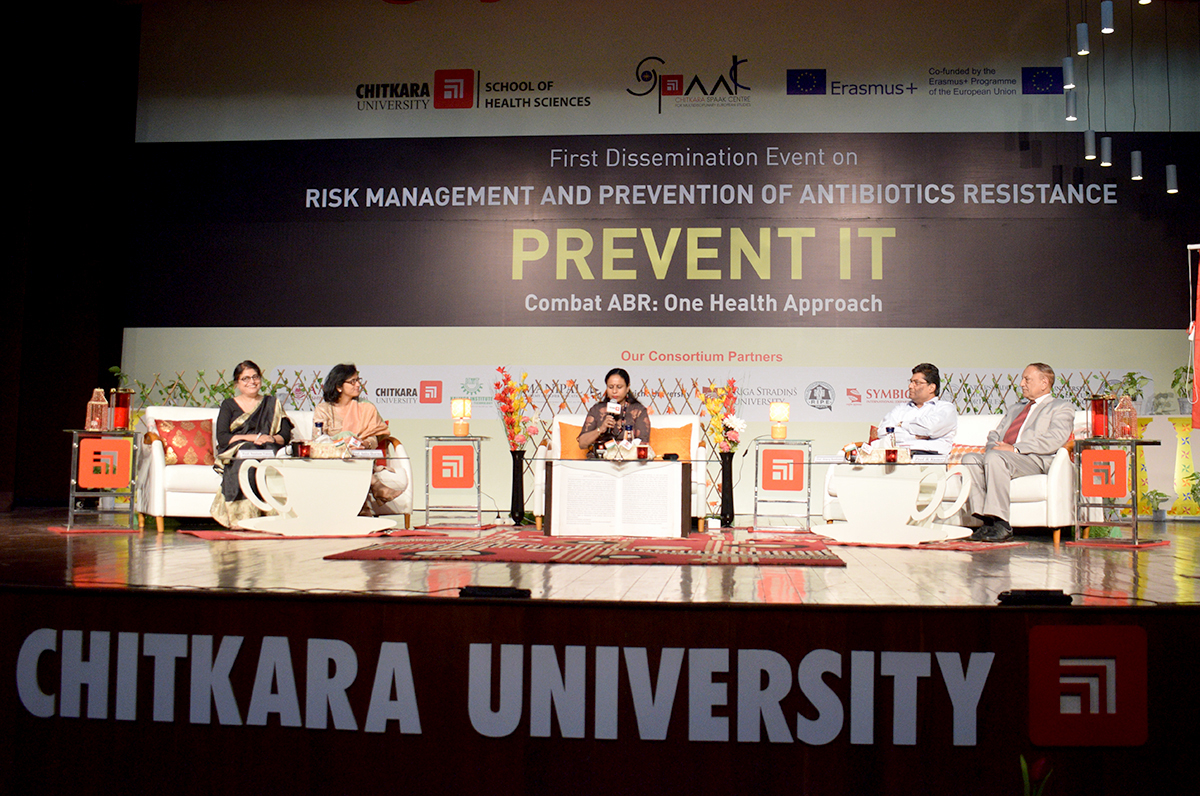