The Preamble of the Constitution was read by all the Faculty members, lead by Col. Rakesh Sharma, Director, University Affairs. The constitution declares India a sovereign, socialist, secular, democratic republic, assuring its citizens’ justice, equality and liberty, and endeavours to promote fraternity.

National Law Day and Samvidhan Divas is a day when tribute is paid to India’s first Law Minister BR Ambedkar, who played a pivotal role in drafting the Indian Constitution. It is celebrated every year to commemorate the adoption of the Constitution of India. The day spread the importance of the constitution and commemorates the pledge of Purna Swaraj. 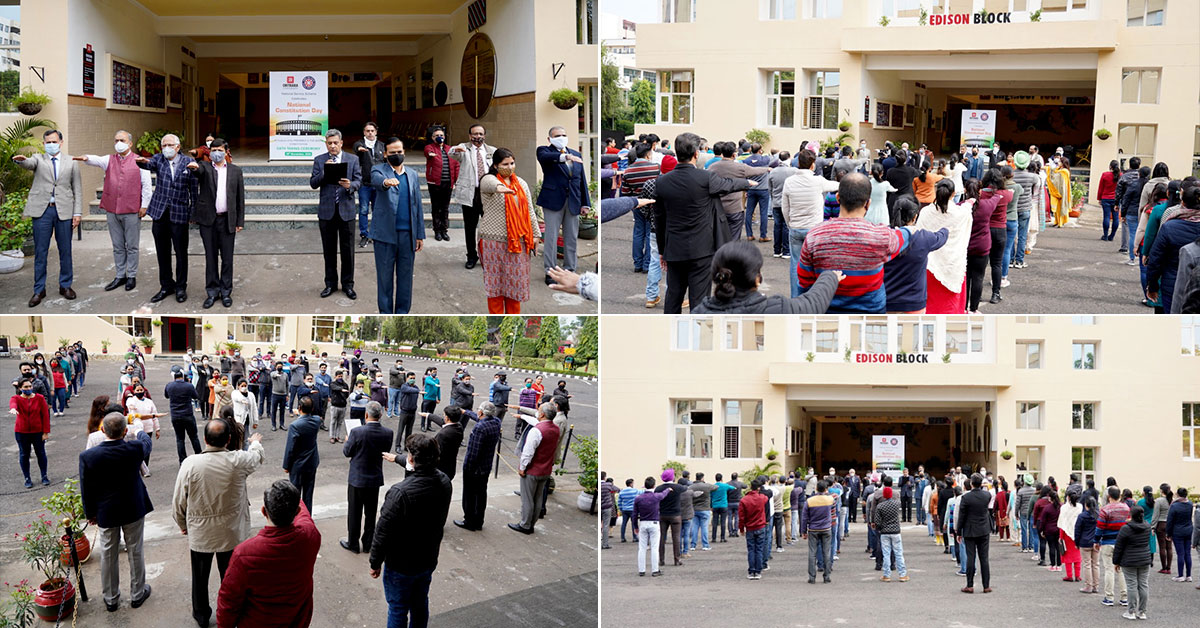