To control the Drug Menace, the Punjab State Government has introduced a ‘Buddy Group’ program. Under the program, groups of students will be formed in all educational institutes, which will further spread awareness of Drug Abuse. These students will work under the supervision of a faculty, who will be called senior buddy. Students in these groups will keep an eye on each other to ensure that none of them gets trapped in bad company, drugs or other maladies. If any of the group members fall in bad company or starts doing drugs, the other members will immediately inform the nodal buddy (senior buddy) who will act to mitigate the problem.

Taking the initiative forward, two Buddy Programs were organised by the Department of Computer Applications, under the aegis of Office of Student Affairs, at Chitkara University, Punjab, to spread awareness regarding Drug Abuse. A Govt. of Punjab initiative, the Buddy Program was conducted as per the guidelines issued, and all the mentors with assigned Buddy Groups arranged one lecture per week. Poster Making and Slogan Writing activities were also held as a part of the initiative.

Notably, this is the second phase of the state government’s campaign underway against drugs. At present, officials of the Health Department and policemen are visiting villages and towns to spread awareness on drug abuse and motivate people to denounce this practice and get treated. 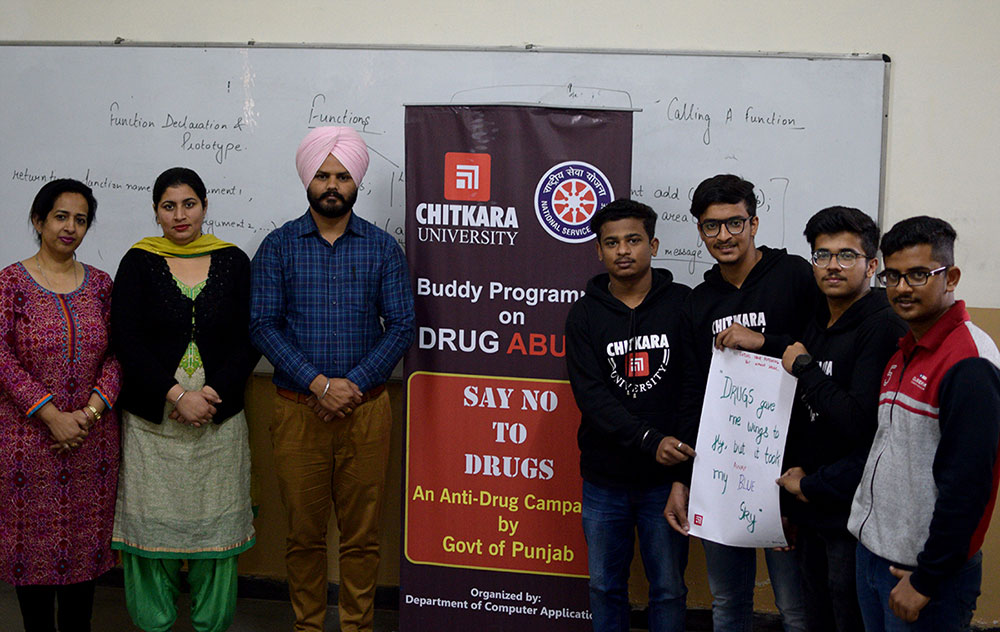