Celebrating 150th Birth Anniversary of Mahatma Gandhi, Chitkara College of Education, Chitkara University; invited Mr. Bernie Meyer, popularly known as ‘The American Gandhi’, to interact with Alpha Teachers & Faculty, at the campus on September 28, 2019. The session was organised in association with Global Youth Peace Fest – 2019 (an initiative of Yuvsatta).

In his talk, ‘Gandhian Ideals and Universal Brotherhood’, he inspired the students to follow the path of truth and non-violence. He also emphasised on the adoption of ‘Humanistic Approach’ to deal with the social and national issues.

The session was followed by a Quiz – ‘Knowing the Mahatma’. Students actively participated and answered various questions revolving around the life of Mahatma Gandhi. The winners of the quiz were awarded the autobiography of Mahatma Gandhi – ‘The Story of My Experiments with Truth’.

During the session, Mr. Pramod Sharma, Founder of Yuvsatta, was also present during the session. He shared case studies with the audience, where the lives of people have been transformed after following the Gandhian Ideology. 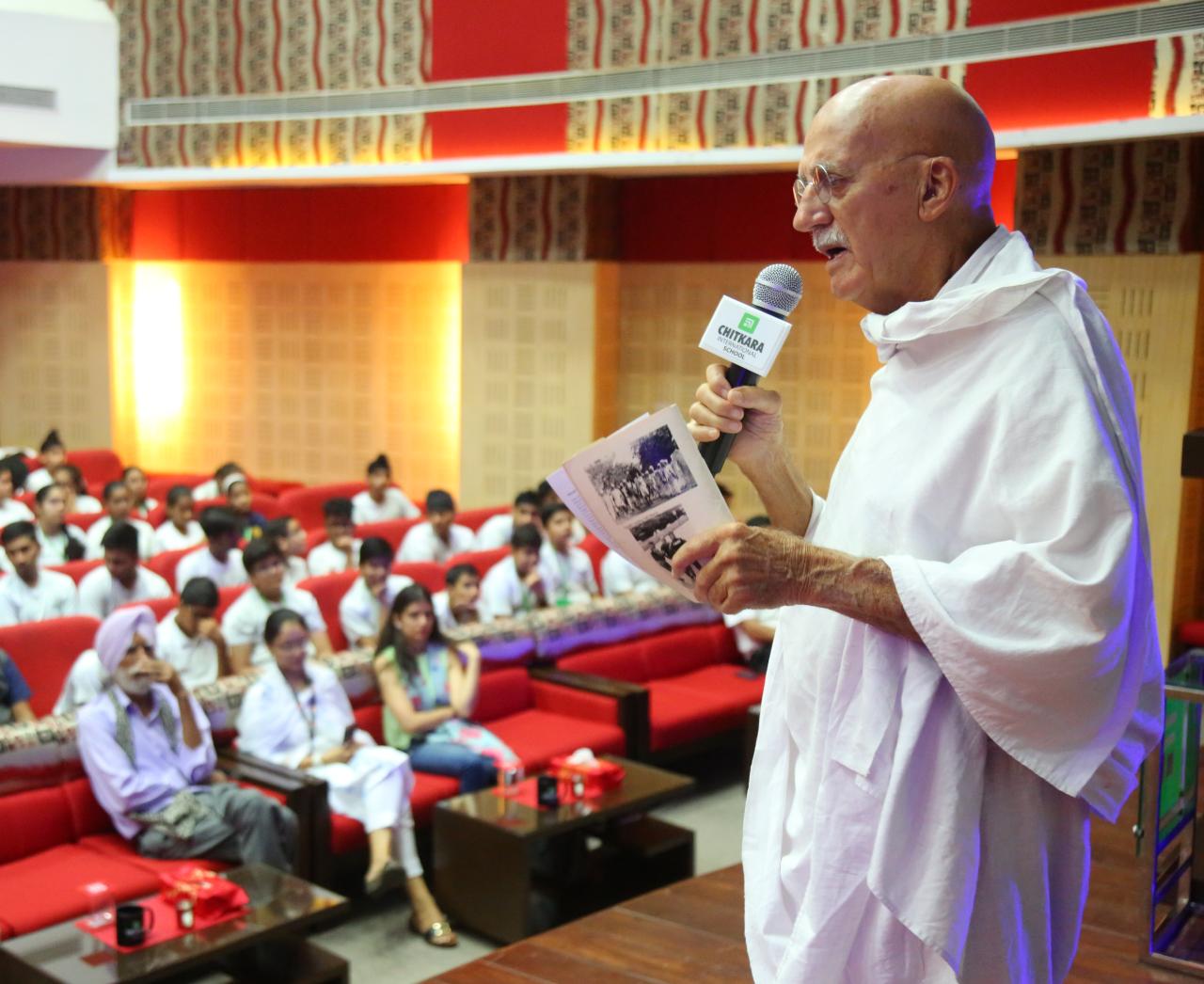