Department of Animation, ChitkaraUniversity organized an expert talk with Dr. Ed Hooks. with Dr. Ed Hooks is the author of “Acting for Animators”. Since 1996, Ed Hooks has primarily been known for his work with animators. He has presented his Acting for Animators masterclass in over 35 countries, including Russia and China, and has taught 200,000+. During the talk session, Dr. Hooksgave his insights on the acting skills and role that animators need to know in the present-day scenario. Emphasising on the importance of acting in animation, he said “When you’re animating you should be doing more than just moving the character around. Yes, you’re creating the movements but there is so much more that goes into each animation you do besides making them obey the laws of physics and move in a believable way. Everything the virtual character does is controlled by you. As an animator, you’re essentially an actor with a computer and some software”.

Acting for Animators sorts out the acting theory that animators need, presenting it in a form and with references that are more relevant to the animator’s world. It explores the connections between thinking and physical action, between thinking and emotion; it provides the steps for effective character analysis and the dynamics of a scene. 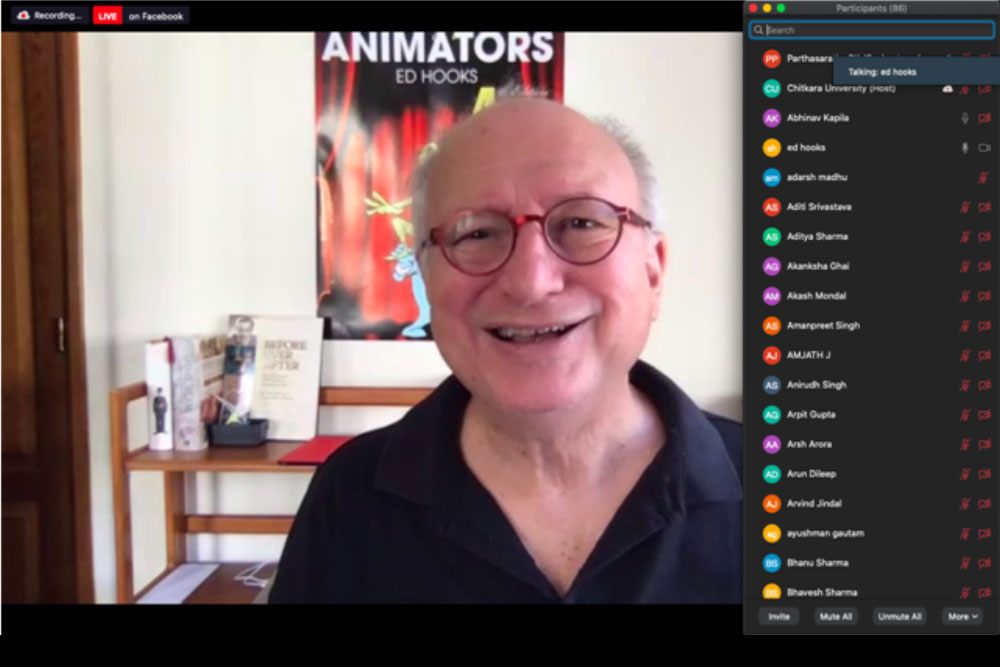