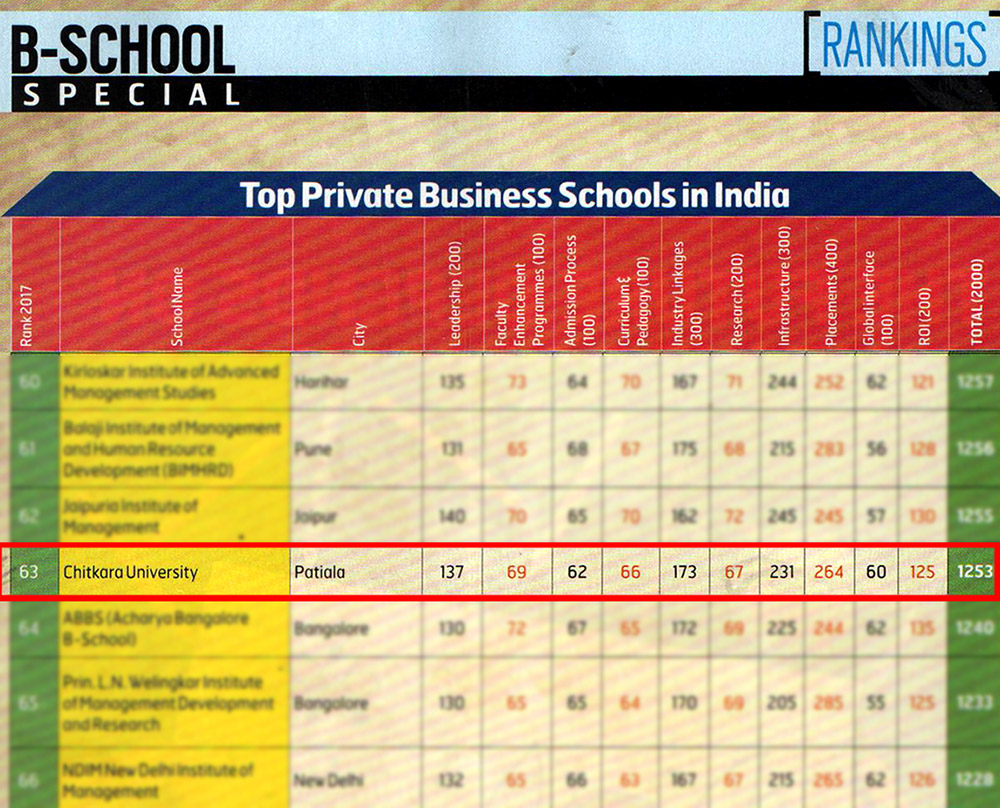 Chitkara Business School has been ranked 63rd among the top 100 Private Business Schools in India and also marked No.1 B-School in the North Zone, Including Punjab, Chandigarh, Himachal Pradesh, among others by Business world rankings 2017.

Having progressed to an esteemed business school in the region and in the country, CBS has made long strides in very less time. Students before choosing CBS have considered accreditation status, and how well a particular program would fit in with their career paths, goals and education and CBS has remained unsurpassed with world-class faculty, ace facilities and a name that spells success. The School enjoys a privileged place among the top schools in India.

Objective Vs perception ranking debate has flared several issues for students with institutes managing to rankings for a year or so but CBS’s consecutive record speaks volumes about its curriculum and pedagogy.

We are proud of this feat and congratulate CBS for the achievement.