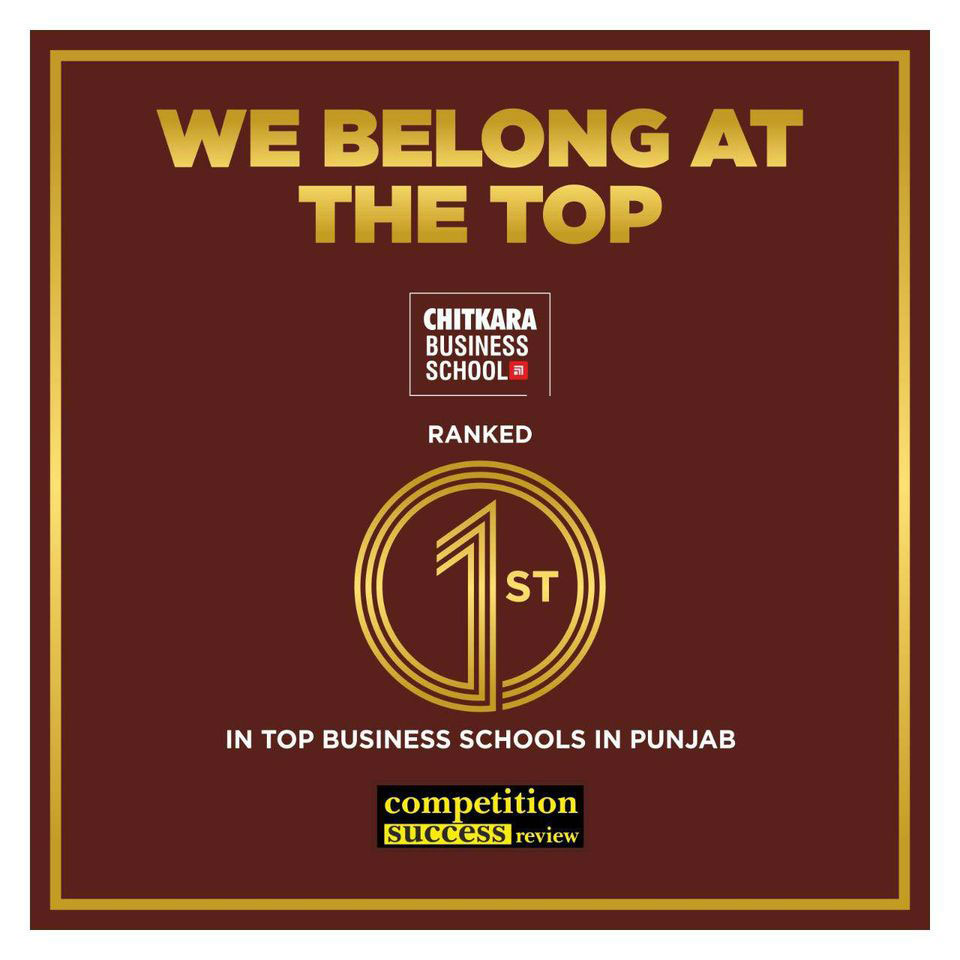 Chitkara Business School, Punjab has been ranked 1st among the ‘Top B-Schools (Private) in Punjab’ and 19th among ‘Top B-Schools of Super Excellence’ in the CSR-GHRDC B-School Survey 2021.

Competition Success Review is India’s premier current affairs and Career Magazine. It’s very beneficial for students preparing for competitive exams like Civil Services, MBA and banking. It is now in its 57th year of publication and has been a leader for almost 4 decades as per ABC. GHRDC has been a pioneer in starting the concept and practice of rating and ranking of B-Schools from the very inception of its organization and since 1998 has been involved in rating and ranking of B-Schools in India. The key strength and hallmarks of GHRDC’s survey are transparency, reliability, consistency and validation of data. B-Schools in India have discovered the rankings as an improved instrument for presenting their institutions to stakeholders.

Global Human Resource Development Centre ( GHRDC) is a research-based organization that has been the pioneer in starting the concept and practice of rating and ranking B-Schools from the very inception of its organization and has since (1998) been involved in rating and ranking of B- Schools in India. This was followed by initiating the Survey and Ranking of Hotel Management Institutes in the year 2007 and the Engineering College Survey since 2009. Over the last eight years, more than 250 business schools, 100 hotel management institutes, and over 100 engineering colleges have been visited, with over 5000 faculty members, 10,000 students and over 300 directors of various institutes meeting and interacting with them. The richness and range of interactions and experiences is one-of-a-kind, as well as professionally rewarding in strengthening the survey methodology.

Chitkara University tops charts in the NIRF Rankings, released by the Ministry of Education