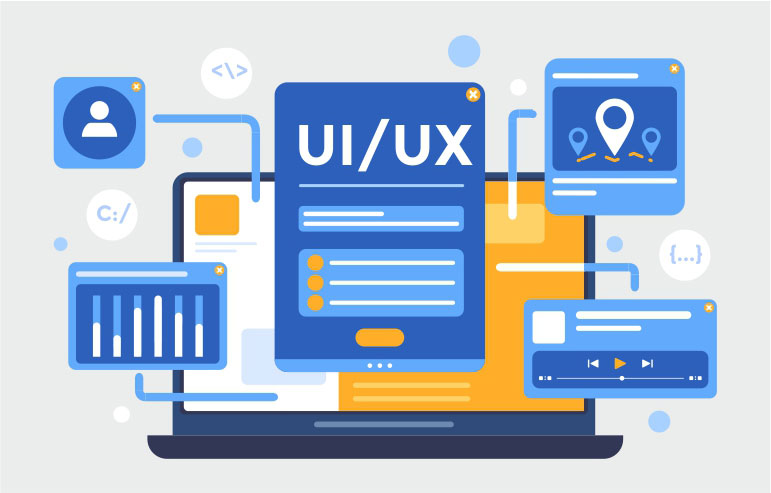 Introduction
UX (user experience) and UI (user interface) are two of the most confused and misused terms in our field. A UI without UX is like a painter slapping paint onto canvas without thought; while UX without UI is like the frame of a sculpture with no paper mache on it. A great product experience starts with UX followed by UI. Both are essential for the product’s success.

User experience (UX) design is about how a user interacts with the software. It’s about the experience of using a product, such as navigating through an app, interacting with its features and functionality, etc. User interface (UI) design involves creating the user interfaces of products and services. This includes how they look—whether it be buttons or menus on websites, or screens within apps—as well as their layout on screen.

How to tell the difference between UX and UI design

So how do you know if your project is a UX or UI project?

What is UX design?

UX design is the process of creating a product that is easy to use, efficient and enjoyable. It’s more than just a pretty face. Thorough UX design requires research, strategy and design.

UX designers conduct user research to understand the needs and behaviors of their users, then they use this information to inform their designs. They also create prototypes to test their ideas with users in order to validate or revise their designs based on user feedback.

UX designers do not work alone; they collaborate with other groups in the company such as product managers and engineers who have different perspectives on what makes a good product experience based on their specific roles within development teams (e.g., designing features vs developing code).

What is UI design?

UI design is the art of creating the look and feel of an application. UI designers are responsible for the visual elements, including buttons, menus, toolbars and windows. They also write code to make sure that those elements are consistent with one another and work as expected.

UI designers create wireframes based on business requirements to help determine what will go into each screen or page of an application. They use these wireframes when they start designing mockups in Photoshop or Sketch so they can see how everything will fit together before they start writing any code (or at least as much as possible).

A lot of people think that the answer to this question is “someone who knows how to use Sketch,” but it’s much more than that. A good UX designer is someone with a wide variety of skills and abilities in order to create a great user experience:

What makes a good UI designer?

Is there a demand for both UX and UI designers?

In the same way that UI and UX are different, you’ll also notice that there is a demand for both.

UI designers tend to be more specialized, while UX designers are more generalist. If you’re looking for someone who can do everything from wireframes to prototypes and even some visual design, then it’s likely your company will need a UX designer. If you’re looking for someone who will deliver pixel-perfect mockups but not necessarily work on the backend or prototype anything, then perhaps a UI designer is more appropriate.

I’ve seen companies which can’t afford both roles hire one person as both: they have their designers do all aspects of design (UX/UI) but limit their tasks strictly to what they know best—so if they’re working on an interface mockup, they’ll only concern themselves with how it looks; if they’re working on user flow wireframe concepts, they’ll only concern themselves with how efficient users find them; etc., etc., etc.. In these cases where companies only hire one designer per role (and sometimes even two roles), it’s important that managers set clear expectations and goals so everyone knows what’s expected of them at all times

Do you have to choose between UX or UI design?

The short answer is no, you don’t have to choose between UX and UI design. Both are important aspects of software engineering, and both can be used to create the best possible experience for your users. While there is some overlap between the two disciplines, each has its own focus: UI focuses on how a program’s interface looks and feels (for example, what colors it uses or how buttons look), while UX focuses on how people interact with that interface (for example, whether or not someone can find the settings button or what happens when they click on it).

Both UX and UI designers work together as part of a team to create great software experiences for their users. When working together effectively there’s a lot more opportunity for innovation than if one discipline did all of the work itself!

So which is better—UI or UX design?

In reality, both UI and UX design are important. They work hand-in-hand to make sure that users have a positive experience using the software and that they can navigate it easily.

In fact, they’re so interrelated that many companies will have teams dedicated to each one of them. While these people might be separate departments within an organization, they still need to communicate with each other about how the design of each element affects the other.

So which is better—UI or UX design? Assuming we’re talking about professional designers here (and not just hobbyists), this question isn’t helpful because it suggests there’s only one correct answer for everyone—which simply isn’t true! The most important thing is that you find a designer who is knowledgeable about both fields, who understands what you want your app/website/product etc., to look like AND feel like (i.e., provide ease of use).

There are differences between UI and UX design, but knowing both means you can create better software.
The difference between UI and UX design is the same as the difference between a software developer and a website designer. The developer creates the code that makes an app run, while the designer creates its appearance and interactivity. The same goes for UI and UX: UI designers create interactive interfaces, while UX designers focus on ensuring these interfaces are intuitive to use.

In practice, this means that every interface needs both kinds of work to function correctly—even if some parts of it require more attention from one than other types. For example, if you’re building an eCommerce site then your focus will be on creating an intuitive shopping cart process; however, designing how customers move around your site and add products to their cart requires both expertise in user experience design (UXD) as well as user interface design (UID).

Conclusion
In the end, whether you’re a company or an individual customer, focusing on both UX and UI is integral to success. User-centered design is about prioritizing the person who’s going to use your product and crafting their experience with them in mind. It’s not just about how something looks—it’s also about how it works. And as our customers become more technologically savvy and more aware of what they want from their products, it’s important that we respond by becoming more thoughtful designers ourselves. What are the types of design courses in India & their Scope? 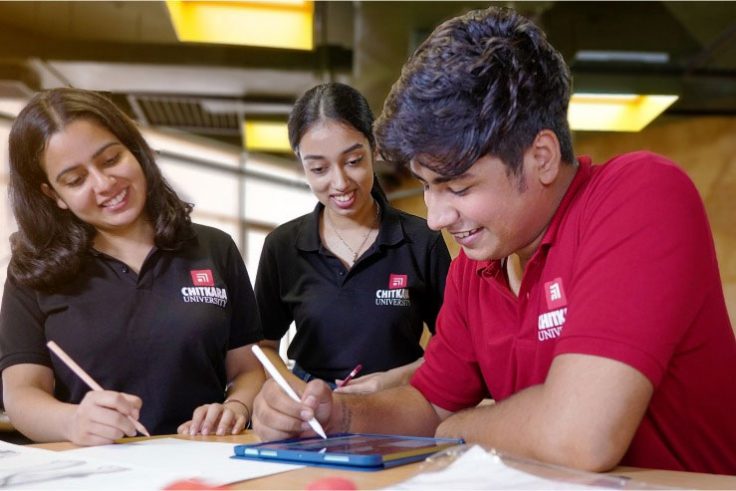 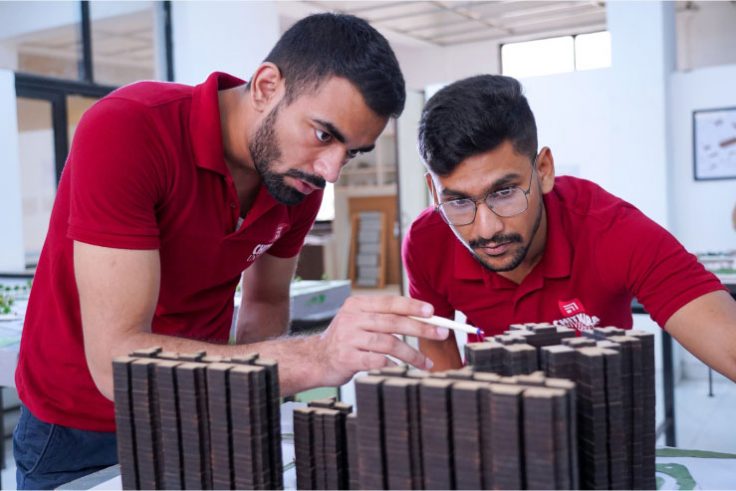 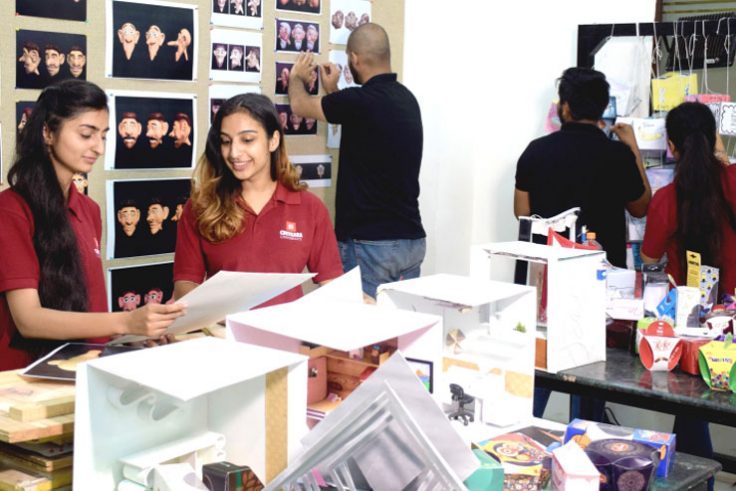 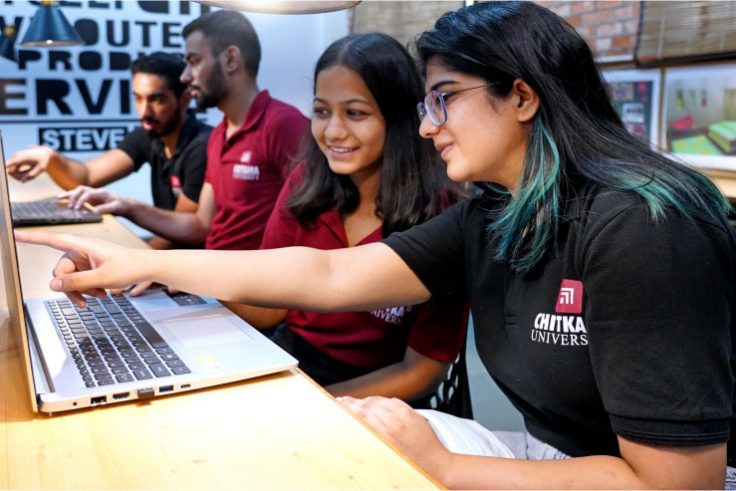 Top Reasons to Choose UX/UI Design as a Career Option What is UX/UI Design? Career and Job Opportunities